Xapo’s Rogers: More Than 90% of Cryptos ‘Will Disappear Eventually’ 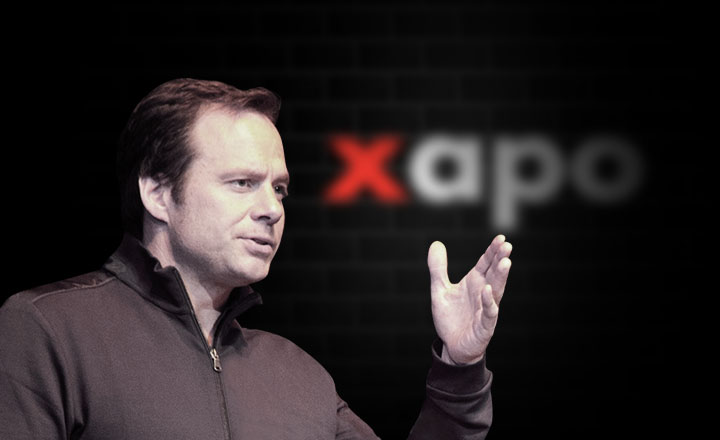 The crypto market is facing the extinction of more than 90 percent of crypto coins amid bearish price trends, according to Xapo President Ted Rogers.

The current bearish cryptocurrency market indicates an impending wipeout of most altcoins in existence, according to one crypto wallet executive.

Ted Rogers of Bitcoin wallet provider Xapo has described on Twitter the current downward trend as an extermination event for nine out of 10 digital currencies in the scene. Meanwhile, he called the same pessimistic market as an enticing chance to buy Bitcoin (BTC) while it continues to depreciate.

“We could be in the midst of the extinction-level for ‘cryptoassets’ that many maximalists predicted. 90%+ of CoinMarketCap list will disappear eventually – might as well happen now. Meantime, lower BTC price means incredible opportunity to buy more Bitcoin.”

Meanwhile, an executive of another crypto-related company has hit Rogers over the contradiction within his statement. Digital asset trading platform ShapeShift’s Erik Voorhees asked why Bitcoin and altcoins have different fates when both exist on the same crypto market. He then suggested that altcoins were more likely to fail because they are more speculative than Bitcoin.

“So falling alts is an extinction event, and falling Bitcoin is a buying opportunity. Alternative theory: alts are more speculative, thus rise faster in bull and fall faster in bear markets.”

Bitcoin, the first-ever crypto in existence, continues to dominate the crypto scene. The digital coin currently has the largest market capitalization with more than US$107 billion. That number corresponds to more than half of the total crypto market cap at US$201 billion.

| Related: Do Not Sell BTC Amid ETF Delay and Devaluation, Warns CNBC’s Kelly

Earlier this year, an investment-banking firm made a similar prediction regarding the future of cryptos.

UK-based advisory firm GP Bullhound published its digital report about digital coins and tokens titled “Token Frenzy.” In the publication, the firm predicted that cryptos are set to face “a heavy correction” reaching as high as 90 percent in the following year.

The report stated that only a few crypto-related companies would survive should a correction materialize. However, the mass-obliteration will clear the market of useless tokens and cryptos. The report also said that the small number of survivors would experience growth previously unheard of.

“While this correction will be critical to cutting through the hype, its lack of impact will create new phenomena that we have never seen in any previous bubble burst. Nonetheless, once this ‘crypto-winter’ passes, the growth dynamics for the precious few survivors will be unprecedented.”

One look at the crypto market suggests that the predictions both Rogers and GP Bullhound made might become reality.

In late 2017 to early 2018, the crypto scene experienced a boom after the overall market exploded to as much as US$800 billion in market cap. Seven months later, almost all of the crypto coins are faltering. The overall scene shed more than a quarter of its value, losing around US$600 billion in just half a year.