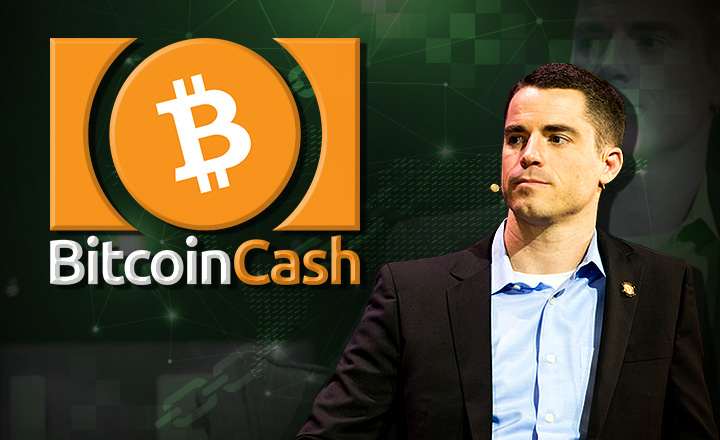 Bitcoin Jesus Roger Ver has transferred US$100 worth of Bitcoin Cash to a South Korean governor during a blockchain conference held in Seoul early August.

A South Korean high-ranking official has received more than a hundred US dollars’ worth of Bitcoin Cash (BCH) from the Bitcoin Jesus himself.

Roger Ver, Bitcoin.com CEO and known Bitcoin Cash supporter, has sent Jeju Province Governor Won Hee-ryong and his colleagues Bitcoin Cash amounting to US$100 as a demonstration of the altcoin’s fast and seamless transfer of funds through cryptocurrencies.

Korean blockchain news outlet Blockinpress’s Vivian Kim has photographed Ver teaching Won how to create a crypto wallet on Bitcoin.com prior to the transfer during a VIP meeting between the entourage of the two parties.  The mini-conference examined the potential of Jeju Island becoming the Crypto Valley of the Korean peninsula in which Ver expressed his support.

“If you activate the blockchain business through Jeju Island, you will create a technological development and a global ecosystem. I will support Jeju to become a prosperous blockchain hub.”

Reports suggested that Gov. Won has prepared a proposal to be sent to the South Korean National Assembly for the establishment of a Jeju Crypto Valley. His team believes that the proposal could push Jeju to become one of the top crypto hubs in the world. He also convinced Ver to visit Jeju Island in person to discuss the Crypto Valley dream further.

Is Jeju the Next Crypto Hub?

The governor and one-time presidential candidate argued that the scenery and services found on the island could foster a good environment suitable to blockchain-based startups and companies. Moreover, he stressed that his province could resolve regulatory problems faster than the national governing bodies, given that Jeju is a self-governing province.

Won, during the Huobi Carnival, said:

“The blockchain is still in the infancy phase, anyone can challenge and become a pioneer. Jeju Island is an internationally autonomous city and will strive to take the lead in perfecting regulations and applying international standards to transform this island into the city for blockchains. When establishing a close cooperative relationship, the cooperation between financial institutions and administrative agencies can be maximized.”

Huobi Korea’s Chairman Zhao Guofeng has also expressed his support for Won’s cause. According to Zhao, Huobi Korea itself will invite different leaders in the blockchain industry—naming Bitcoin.com’s Ver and Bitmain Founder Wu Jihan—to lead the establishment of the crypto hub in Jeju.

“If we build a blockchain hub with the special municipality of Jeju, Huobi Korea will invite business leaders Wu… and Ver… to lead the blockchain industry through its global human resources network.”

Both Wu and Ver have reportedly shown interest in participating with Huobi Korea.

Even when in Seoul, the Bitcoin Jesus continues to spread his Bitcoin Cash gospel to all crypto enthusiasts. He admitted to making a lot of effort promoting Bitcoin Cash, which he believes is the true “peer-to-peer electronic cash for all.” He added that Bitcoin Cash has the “greatest potential to be the most widely used” crypto worldwide.

However, Bitcoin Cash has yet to convince most of the population to adopt the digital coin. The altcoin is currently the fourth biggest cryptocurrency, with a market capitalization of US$11 billion. Bitcoin Cash has been plagued by a low number of BCH transactions, which pales in comparison with the number of deals made using the similarly named Bitcoin (BTC).

Bitcoin Cash has continued to bleed in value, together with other cryptocurrencies, after the US Securities and Exchange Commission rejected one more Bitcoin exchange-traded fund. The altcoin is currently trading at US$691.95 against the US dollar, far from its US$870 value from just two weeks ago.