There’s Value in Bitcoin and There’s None in Altcoins, Says Bill Miller 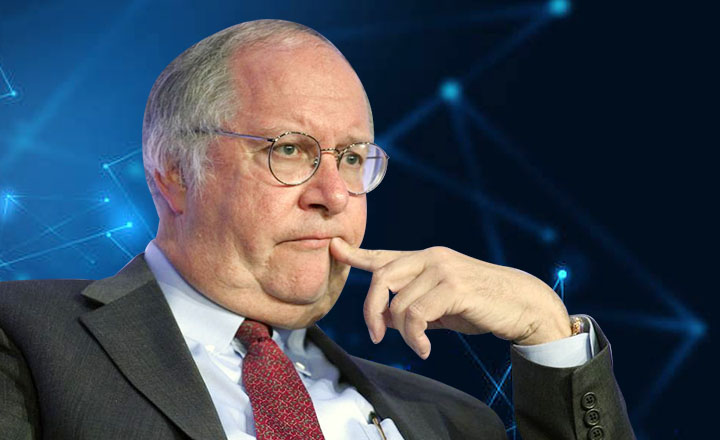 It is worth the money to buy in into Bitcoin (BTC), according to American investor and Miller Value Partners CIO Bill Miller.

In an interview with Bloomberg TV’s “What’d You Miss?”, the self-proclaimed Bitcoin observer shared that investors can turn in a profit should they venture into bitcoins. He likened the virtual currency to a lottery coupon, “a positive expectation lottery ticket as opposed to negative expectation lottery ticket.” Miller further described Bitcoin as a rare asset that one could buy for a small amount and one could expect a tenfold increase given a number of years.

Miller said that investing in Bitcoin is less risky as money would keep flowing into the ecosystem. However, he argued that this would be the case as long as the crypto coin’s price graphs remain stable and do not plunge bottom, suddenly skyrocket upward, or completely die by regulatory policies. Furthermore, he advised prospective investors that the key to a successful investment in the crypto market is proper portfolio positioning and sizing.

Expounding further, Miller sees Bitcoin as an interesting technological experiment. He believes that the pioneer crypto—released on August 2008 by anonymous developer Satoshi Nakamoto as a “Peer-to-Peer Electronic Cash System”—follows the pathway of different innovative and groundbreaking technology in existence, including “the printing press, railroad, electricity, radio in the 1920’s, biotech, [and] the internet.”

Bitcoin is currently valued at US$8,198.34 and is considered as the largest crypto in the scene with a market cap of more than US$140 billion.

Opposite to how he sees Bitcoin, Miller shared his bearish views on other cryptocurrencies like Bitcoin Cash (BCH) and Litecoin (LTC). According to him, most of more than 1,600 altcoins in the space are “worthless” and do not offer utility compared with Bitcoin. However, he added that Ether (ETH)—crypto of smart contracts network Ethereum—ranks second in terms of worthiness.

“Most of [the cryptocurrencies] are probably worthless. Bitcoin is the most stable of the currencies. I think it has the greatest probability of being successful… Ether is a close second to it. There are others that people like, but that’s the only one I’m interested in.”

His position regarding other virtual currencies was not new to crypto enthusiasts. Last January, talking on CNBC’s Closing Bell, Miller shared that something could have been making altcoins valuable, but it would take a long time before he could determine what that is. He added that his team of investors has not made up its mind on whether to invest heavily in altcoins.

Miller, as quoted by CNBC, said:

“We haven’t made up our mind yet, in terms of institutional perspective… You see these waves of enthusiasm run through all these kinds of things… There’s probably something out there that makes sense but it takes a lot of digging to find it. It’s not exactly, I’d say, careful evaluation going on.”

Currently, the value of any altcoin pales in comparison with Bitcoin’s. Ether (ETH)—the next largest digital currency—has a market cap of US$47 billion, a figure only around 33 percent of Bitcoin’s market cap. Furthermore, the market cap of all altcoins adds up to more than US$155 billion, surpassing Bitcoin’s total value by only around nine percent.