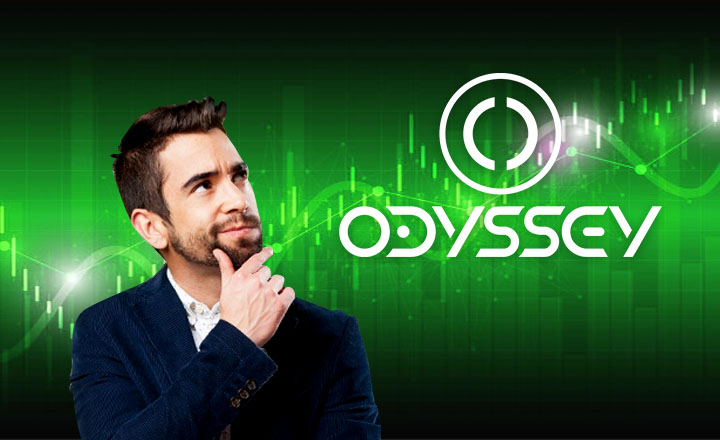 Following Odyssey's (OCN) price increased by more than 220 percent in the past 30 days, crypto enthusiasts weigh in on how the token fared a bearish market.

What could be the driving factor behind the stellar performance of Odyssey (OCN) on what was a sideways cryptocurrency market?

Odyssey has entered the top 100 cryptos in the past 30 days ending on October 1. At the same time, the coin’s price graph displayed a steady increase, peaking at US$0.016468 on Tuesday.

That value was 3.3 percent more than the past day, above 120 percent higher than the last week’s price, and around 220 percent greater than the price a month ago. In comparison, both Bitcoin (BTC) and Ethereum (ETH)—the biggest cryptos on the market—were in the red for the past month.

when they start calling ur picks dead af and u get insulted for sharing them, its usually the best time to fill ur bags…$OCN

Odyssey is an ERC-20 token for the Odyssey network, which aims to create a peer-to-peer sharing economy using blockchain technology. Recently, the team announced an OCN Buyback Program, as well as news regarding Super Nodes.

With an enticing project and some recent development that added to the hype, some OCN enthusiasts believed that one reason for the price increase is investment from people finally realizing the worth of the token.

Remember $OCN will have:
-A buy-back
-Main-net launch by the end of the year which will offer Super-Node model and Dapps to run on the OCN Chain

kind of fun to see all the speculation going with $OCN right now, seeing so many crazy rumors (probably all fake) is reminding me of the good old bull market. Some things come to mind for me

Another part of the online crypto community, however, maintained that the price movement was simply another crypto pump-and-dump scheme.

The pump-and-dump involves spreading inaccurate or false information to boost the price of a crypto on the market. Once the coin’s value increased, holders who spread the fake rumors would sell the coin to interested buyers for a significant profit. The selling of assets afterward would send the crypto back down.

This particular sector insisted that the recent OCN price action was due to baseless rumors. One of these rumors—a Reddit comment pointed out—spread on Twitter saying that crypto exchanges Binance and OKEx would list the Odyssey token in the near future.

Held $OCN for weeks then sold and it did this. Going to dump so hard soon though. I resisted FOMO when it was half this price. Definitely won’t be buying now. pic.twitter.com/JCm4PFL3Gi

Absolutely nothing fundamentally behind the $OCN pump. If you're not a day trader that knows what you're doing to make a quick buck with a useless coin, I recommend you be very cautious trying to buy into this. For those that held from top, hope it pumps long enough to get out.

Whatever the reason for the increase, the online crypto community agreed that most could be tempted into buying a well-performing OCN during a bearish market. With that in mind, crypto enthusiasts continuously reminded each other to conduct thorough research about the Odyssey token before investing.