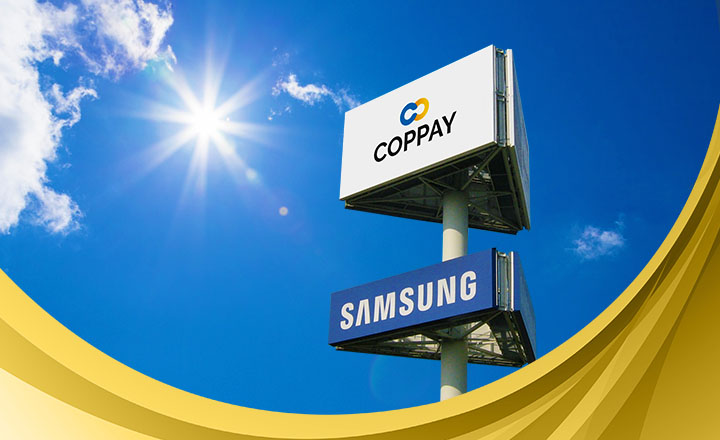 South Korean electronics company Samsung denied reports claiming that it has welcomed crypto payments for some of its products in a number of northern European countries. These articles reported that the company formed a partnership with CopPay—a Lithuanian crypto-payment blockchain start-up—to facilitate crypto transactions for Samsung products in the region.

An unnamed Samsung official, in an email to The Next Web’s Hard Fork, wrote:

“Our official response is that the rumor is not true.”

The denial came after CopPay announced on a blog post dated July 20 that Samsung stores in Lithuania, Estonia, and Latvia have partnered with the start-up to process crypto transactions. The now-deleted post also claimed that the company has set up payment terminals in at least 30 Samsung stores across the Baltic region.

“Great news! Samsung embraces their slogan to ‘Turn on Future.’ Customers in Tallinn, Riga, Vilnius, and Kaunas can buy Samsung smartphones, tablets, laptops, TV-sets, and more with digital money. The crypto-payment feature will be available soon at Samsung’s internet stores.”

The start-up added that these stores, using CopPay’s technology, can accept eight of the biggest virtual currencies in the market, including Bitcoin, Litecoin, Ethereum, Ripple, and Dash, among others.

After reports of Samsung denying the existence of a deal, CopPay’s top executive came out with a statement reiterating that it has signed a partnership with Samsung, albeit a Samsung reseller and not a direct outlet.

In a communication with Hard Fork, CopPay CEO Ina Samovich explained that the start-up has inked a partnership deal with the official reseller of Samsung products in the region. In addition, Samovich asserted that her company’s partner has conducted crypto transactions with the reseller’s stores two weeks before. However, the reseller supposedly failed to notify the Samsung headquarters about the partnership with CopPay.

“The official reseller has [signed] agreement with our company and several transactions occurred during [the] last two weeks. So we can prove that the crypto payment method was used and was powered by CopPay. We were not aware that [the] reseller did not inform HQ about our cooperation.”

Less than 24 hours after the digital correspondence, Samovich released a statement addressing the controversy surrounding CopPay and Samsung. According to her, the start-up has started training Samsung store clerks on how to use its payment terminals. Moreover, CopPay was already preparing to meet some representatives from Samsung’s public relations division.

“CopPay provided its solution to the Baltic premium reseller of Samsung that sells mobile phones, tablets, TVs and other products under its brand. The reseller is a separate entity and was [excited] to add an additional payment method for its customers. The official agreement was signed… Unfortunately, after Samsung officially announced that it doesn’t have any plans for the crypto and blockchain payments, the reseller decided to suspend cryptocurrency payment method.”

The executive clarified that CopPay never claimed to have formed a formal partnership, pointing out that the company only announced “the possibility to buy Samsung products with cryptocurrencies in its Baltic stores.”

While CopPay was technically correct, customers have already misconstrued the announcement. That caused Samsung’s denial of any plans accepting crypto payments in the near future. With the Korean company having none of crypto transactions, the reseller CopPay partnered with has subsequently suspended accepting crypto payments for Samsung products.