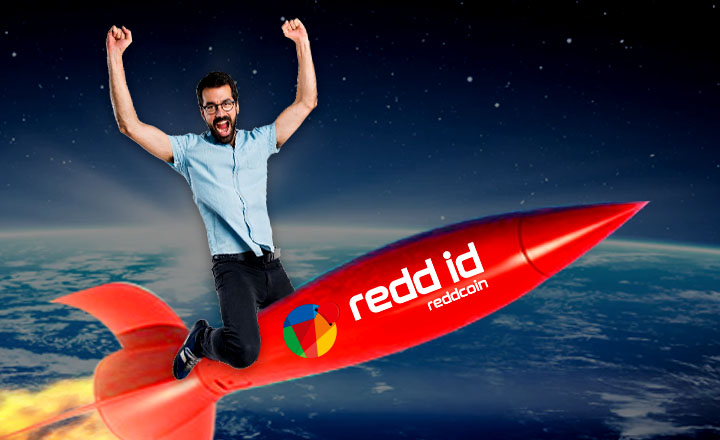 New crypto tipping service ReddID could be on its way to success as it applied the PoSV algorithm the platform claimed to secure user information.

The recently released blockchain-based tipping service ReddID has sparked excitement among the Reddcoin community. The new tipping platform allows users to create an account and tip content creators from a number of social media website using the Reddcoin (RDD) cryptocurrency.

#ReddHeads, today is actually the day! #ReddID #Social Tipping Extension #MVP v0.99 is out (https://t.co/u0aZtx1WIq) for the general public. One hiccup that kept #Reddcoin #Core from making it all the way to v1.0! Get your #ReddID today & try the Internet's new #Love Button! #RDD pic.twitter.com/qeQTCKmJqx

ReddID could have contributed to the sudden jump in the price of Reddcoin. The digital coin was valued on October 1 at US$0.00471860, 3.8 percent higher than the day before and 33.21 percent more than the price last week.

With the hype surrounding the new platform, one could compare ReddID with another crypto tipping service—ChangeTip—that hit popularity years ago but eventually shut down. The then-popular platform was riddled with accusations of selling private information. On the other hand, ReddID has implemented an algorithm that the platform claimed can protect data from security breaches.

With this specialized algorithm, could ReddID go above and beyond the now retired ChangeTip?

ChangeTip was an online Bitcoin tipping service launched in 2013, enabling users to send micropayments in bitcoins through social media websites, including Facebook, Twitter, and Reddit, among others.

With over 100,000 users, the service processed more than 350,000 tips before shutting down on November 2016. In a Reddit post, ChangeTip Founder Nick Sullivan explained that the team was left with no option but to shut the service down after Airbnb acquired the ChangeTip team earlier the same year.

Several criticisms were hurled to ChangeTip during its three-year lifespan, the biggest of which are concerns related to data security. Because the business model ChangeTip released publicly could not realistically bring in profit, many accused the service of selling user data instead to keep the company afloat.

Sullivan has vehemently denied the allegations.

| Related: 2 Reasons Why Bitcoin Gold’s Shine Could Be Fading

Both ChangeTip and ReddID work in a way that the users’ crypto wallets are connected to a social media account. However, during the days leading up to its release, ReddID is yet to receive any credible complaint or allegation regarding the security of its users’ data.

And it seemed that ReddID has taken several steps to avoid the issue. According to the ReddID team, all data are stored in a blockchain and are secured by staking users on the network through Proof-of-Stake-Velocity (PoSV). ReddID claims the algorithm—modified from the conventional Proof-of-Stake—prevents unauthorized access to users’ personal information.

@bitassistuk has done a nicely objective recap of #Reddcoin as one of the original #blockchain #crypto #projects. #RDD's #PoSV is special, but #ReddHeads know that. Why not tell a friend about #Redd? Or give them some! 🙂 #Stake_on! #BTC
Have a look: https://t.co/x1yVOv3uiC

As things currently stand, ReddID could be on its way to reaching and sustaining new heights for crypto tipping platforms.