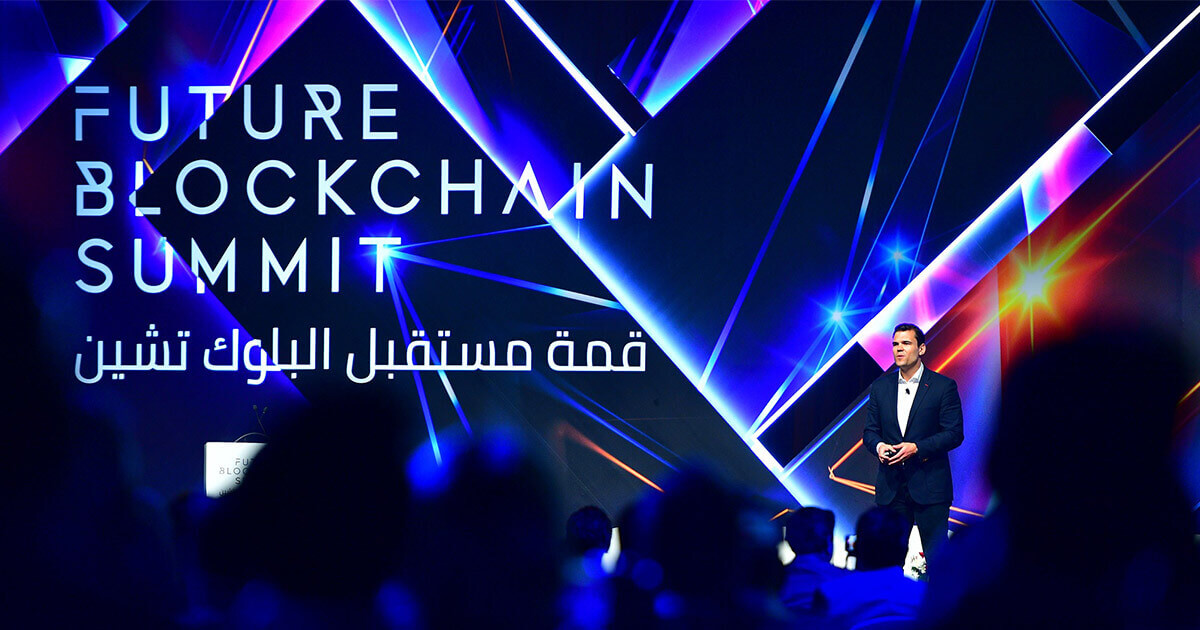 Smart Dubai’s Future Blockchain Summit returns to the city next month, as the Emirate continues its surge towards becoming the world’s first government to execute all applicable transactions using blockchain technology by 2020.

In line with the Dubai Blockchain Strategy, the second annual Future Blockchain Summit will take place April 2nd– 3rd at the Dubai World Trade Centre (DWTC). Officially hosted by the Smart Dubai Office, the two-day event will bring together an agenda-setting global pool of technology visionaries, government bodies, the world’s biggest brands and industry first-movers to push blockchain forward and champion its adoption on a global scale.

Future Blockchain Summit 2019 will shine the spotlight on excelling blockchain technologies, moving conversation beyond theoretical use-cases and into real-life opportunities. It will look at blockchain use across the world’s most integral industries, including retail and ecommerce, healthcare, transportation, education, food, hospitality and tourism, energy, fintech and banking, safety and security.

It is expected to welcome more than 8,000 international visitors, and will host speakers from world-renowned brands like Coca-Cola, Tencent, Johnson & Johnson, Maersk, HSBC, eBay and Lufthansa. Government entities including du, Dubai Land Department and Dubai Health Authority will all be on-hand to showcase their advancements and use cases in the revolutionary technology.

“We are already seeing a multitude of ways in which blockchain can transform a community,” said Her Excellency Dr. Aisha Bint Butti Bin Bishr, Director General, Smart Dubai Office. “Smart Dubai has been working on over 20 citywide blockchain use cases in partnership with the government and private sector, and we will see many more in the months and years to come.

“Dubai is committed to exploring the potential of this technology to support our ambitious goal of becoming the world’s happiest city, and we have already come a long way since the inaugural Future Blockchain Summit. We want Dubai to be a global blockchain hub that will lead the way in developing the technology further allowing us to improve lives not only locally, but on a global scale too.”

At the heart of this year’s Summit will be the PwC Middle East-backed Global Leaders Exchange – a closed door, round-table discussion where senior government and business officials will work to catalyse blockchain use by focusing on two central themes: establishing policy for blockchain implementation, and positioning crypto-assets in a time of market turbulence. 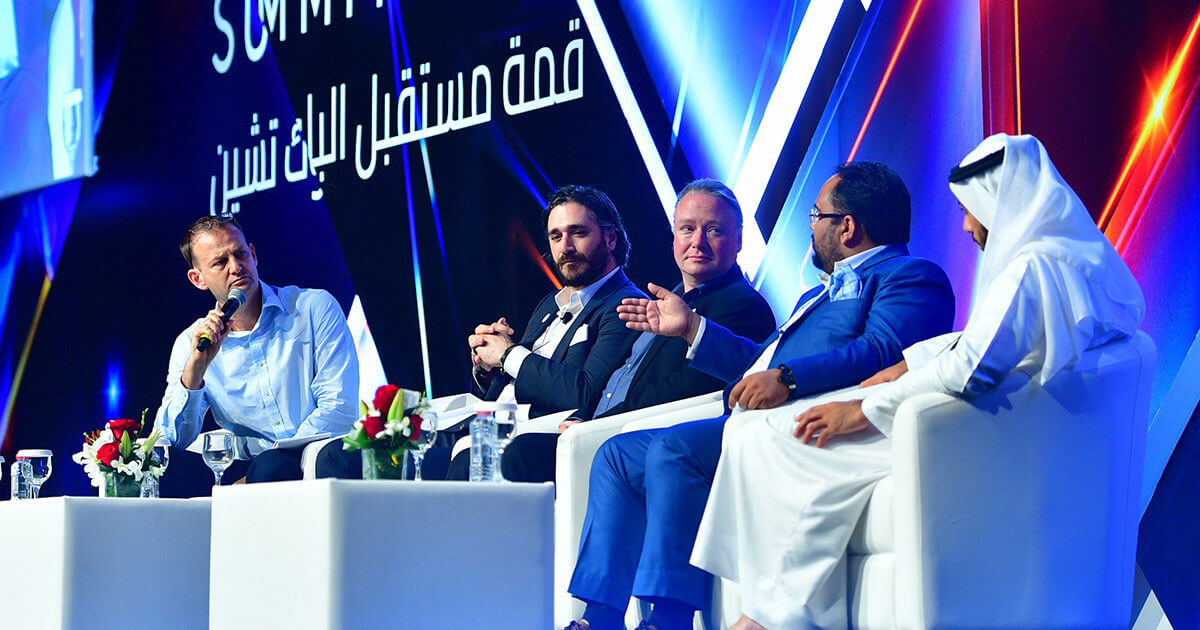 “Dubai is leading the way forward in its ambition to become the first blockchain-powered government, with vision and leadership to pioneer the use of the technology and provide governance within key industry verticals such as real estate, financial services and healthcare.

“Our new report, which will launch ahead of the Future Blockchain Summit in April, draws a roadmap for organisations that are seeking to make use of this technology and make the transition from proof of concept projects to implementation.”

At 2018’s debut Future Blockchain Summit, 76% of visitors admitted attending with the sole purpose of trying to understand what blockchain is. This year, over 140 hours of speaker sessions will seek to demystify and unpack the technology – all in the presence of more than 80 exhibiting startups and established businesses, and experts from no fewer than 130 countries.

Globally, the blockchain market is set to shoot to a value of USD $60billion by 2024, up from USD $708million in 2017. Already, blockchain technology has transformed the financial industry with the incredible success of cryptocurrencies in recent years. Healthcare, real estate and energy industries are also reporting success with the implementation of blockchain technology.

Show features that will make the technology more accessible than ever

The Summit will have no less than six live conference and seminar stages, which will be home to many of the most talked about names in technology. Confirmed international speakers include Shark Tank panelist and the world’s first Bitcoin Oracle, Vinny Lingham; the CEO and Co-Founder of Civic and founding Director of the 6th largest cryptocurrentcy in the world LiteCoin, Franklyn Richards; rebel, explorer and tech pilgrim, Phil Chen – the man responsible for the world’s first native Blockchain phone, Exodus 1, and currently the Decentralised Chief Officer at HTC; G20 expert advisor and Director of Social Impact and Public Regulatory Affairs, IOTA Foundation, Dr. Julie A. Maupin; and Abdel Mageed Yahia, the Director of the World Food Programme, who pioneered a blockchain application to reduce world hunger.

From UAE, the visionary leading digital transformation in the telecommunications industry, Osman Sultan, Chief Executive Officer at the Emirates Integrated Telecommunications Company (EITC), will be speaking.

The event’s new BlockBASIC Asia Forum – held in partnership with Camelot International Conferences – will shine a light on Asia’s prominent journey in early blockchain adoption, with the continent already established as a standard-setting incubator for innovation. The Forum will seek to connect Asia-based entrepreneurs and investors over truly ground-breaking blockchain innovations.

Smart Dubai, in partnership with Dubai Future Accelerators, will use the 2019 Future Blockchain Summit to launch the third round of the Global Blockchain Challenge. The challenge will see startups from around the world pitch projects that can contribute to the goals of the Dubai Blockchain Strategy – aimed at eliminating 100 million paper transactions-a-year, saving US $1.5billion – and make Dubai the first blockchain-powered city by 2020.

The show will also host the BlockHealth Summit, organised by the Patientory Association, which will lead the discussion on blockchain adoption in the healthcare industry.

In a world first, Future Blockchain Summit 2019 will have the industry’s debut gamified and tokenized blockchain event – the ‘City of the Future’ Experience, powered by du. It will also have an investor programme aimed at supersizing startup funds, allowing startups to break the ice with big-ticket investors; a Blockchain Networking platform; and swathes of live performances, case studies, demo showcases and product launches.

A city dedicated to future-tech: an event pushing that forward

“This year, Future Blockchain Summit will further solidify Dubai’s position as a global leader in the early adoption of game-changing technology. We are pleased to partner with Smart Dubai once again, and are excited to bring together the blockchain innovators, visionaries and risk-takers that will be at the heart of delivering the Dubai Blockchain Strategy and central to advancing blockchain discussion on a truly global scale.”

The Future Blockchain Summit is the only city-hosted event of its kind, and will open the door again this year to the world’s latest blockchain innovations.

To find out more, visit www.futureblockchainsummit.com