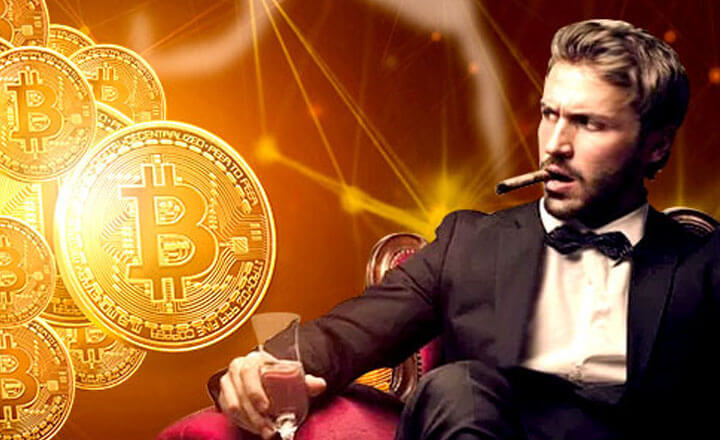 The World Wealth Report 2018—released by Capgemini this June—found that 29% of millionaires are strongly interested in owning or buying cryptocurrencies.

The number of millionaires interested in cryptos continues to grow, according to a survey.

Findings of the World Wealth Report (WWR) 2018, recently released by business consulting corporation Capgemini, revealed that a significant number of high-net-worth individuals (HNWIs) are looking into entering the crypto market. However, the study also showed that the global interest level is mixed.

Meanwhile, those who indicate a low level of interest represent 44.1 percent of the global HNWI population. These people reported that they are unlikely to be tempted into entering the crypto market in the near future. On the other hand, 26.9 percent of HNWIs are undecided—but are still open-minded—about sticking their thumbs into the digital currency scene.

The huge number of HNWIs strongly interested in crypto coincides with the price of digital coins skyrocketing in late 2017. Cryptocurrency market capitalization started to post a significant increase in December 2017. A month later, it reached its all-time peak at around US$850 billion. Crypto coins in the market increased in number to as much as 1,600. In June, 18 of them have a market capitalization of more than US$1 million.

“The major driver of the [crypto] growth came from the leading digital currency, Bitcoin (BTC), which soared in 2017. The price of BTC rose in 2017 after a flat 2016 and exploded in the fourth quarter when returns far surpassed those of equity investments.”

BTC was valued in November 2017 at around US$10,000. After a month, the first-ever crypto’s value rose to almost 100 percent, reaching its record peak at US$20,042. With Bitcoin and other altcoins surging in prices at that time, virtual currencies gained huge interest from investors of different backgrounds. In fact, US$6.2 billion worth of investments were raised by more than 190 initial coin offerings (ICOs) during the first quarter of 2018.

Despite the current slump in prices, a significant portion of the interested HNWIs believes that virtual currencies will yield a good return on investment. In fact, 39.3 percent of the global HNWIs—with 50.6 percent of them from Asia-Pacific countries—mentioned that that belief as the primary reason they are interested in cryptos. The report stated that one factor that fuels this belief is cryptocurrencies’ impressive showing when compared with the performance of other traditional investment indices.

In addition, some of the respondent HNWIs believe that cryptocurrencies will eventually replace gold. Around 19 percent of global HNWIs reported that cryptos’ store of value is what attracts them from holding digital coins.

Cameron Winklevoss, dubbed as one of the first Bitcoin billionaires, argued in February:

“So if you look at a [US$100] billion market cap today, now last week it might have been more like 200, so it’s actually a buying opportunity, we think that there’s a potential appreciation of 30 to 40 times because you look at the gold market today, it’s a [US$7] trillion market. And so a lot of people are starting to see that, they recognize the store of value properties. So we think regardless of the price moves in the last few weeks, it’s still a very underappreciated asset.”

However, the report also mentioned that investing in cryptocurrencies is too risky. For one, the crypto prices are highly volatile. After it peaked in January 2018, the crypto market cap dropped by more than 60 percent two months later. With that in mind, some HWMIs still see traditional investments as a safer option. The report pointed out that, while crypto market cap performed better than the S&P 500 in 2017, S&P’s price changes are less volatile—only varying in a range of plus-minus 10 percent.