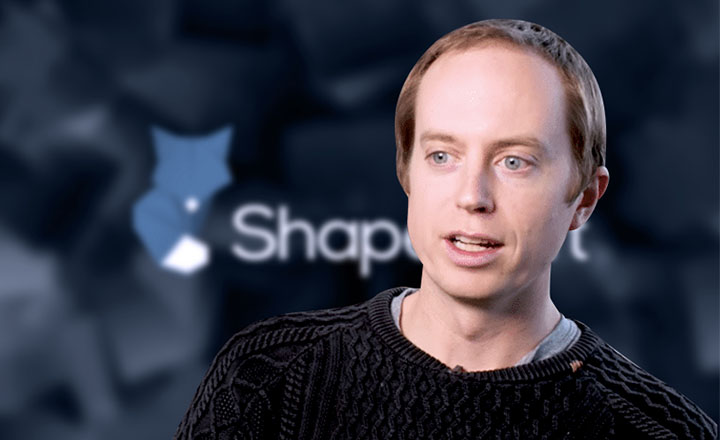 Account-less crypto exchange ShapeShift has announced it will require customers to create an account and to follow KYC procedures in the future.

Cryptocurrency exchange platform ShapeShift CEO and Founder Erik Voorhees has introduced the company’s new ShapeShift Membership program. The Membership would act as the exchange’s loyalty program, in which clients can receive rewards based on their accounts’ levels.

According to Voorhees, users would receive better pricing and improved user experience as their level increases. Some of the benefits include discounted exchange rates, rewards via ShapeShift’s FOX tokens, and higher transaction limits, among others.

Currently, the Membership is only optional, although ShapeShift will gradually require all its customers to join the program later on.

However, clients must create an account first before joining the exchange’s Membership. This move shocked the community, given that ShapeShift has marketed itself as “the exchange without accounts.”

Voorhees explained that the accounts are necessary to roll out some much-requested account-related features, including records of previous transactions and email notifications.

Membership to Ask for Identification

Another surprising move was the implementation of know your customer (KYC) guidelines on the program. Inclusion to the Membership would require clients to hand over a number of their personal information.

ShapeShift implemented KYC as a response to the current legal status of digital assets like cryptos. Voorhees said that the company must “prudent and thoughtful” on how it moves in crypto’s unregulated environment.

Moreover, ShapeShift explained that the exchange needs the information to be able to offer its services to a number of regions, which have strict rules regarding crypto transactions.

However, Voorhees shared on multiple occasions that ShapeShift did not voluntarily implement KYC guidelines on its platform. Rather, he hinted that the exchange was forced to apply the rules.

To clarify, the Membership program and the FOX token are systems we wanted to build for our users. The imposition of mandatory KYC within that Membership program is not something we want to do, nor something any user wants. It's a heavy decision done to derisk under duress.

“We would prefer if the collection of personal information was not a mandatory element. We still firmly believe that individuals, regardless of their race, religion, or nationality, deserve the right to financial privacy… Such privacy is a foundational element of a civil and just society, and should be defended by all good people. We remain committed to that cause and it is best served if we are smart about our approach.”

According to one study released in June, only 32 percent of crypto exchanges across Europe and the United States conduct identity verification on their customers. Analytics house P.A.ID Strategies studied 25 platforms from both regions and found that 68 percent of the exchanges failed to comply with KYC procedures.

The news of ShapeShift implementing KYC guidelines has caused a ripple in the crypto community. Many influential figures have voiced their opinions online.

Crypto expert Andreas Antonopoulos expressed his disappointment with ShapeShift. He added that decentralized exchanges, as opposed to ShapeShift, are the way to fight against “surveillance economics.”

Just goes to show that any centralized entity will be pushed in that direction, which is why LN, atomic swaps and Decentralized Exchanges are the only way to resist surveillance economics.

Many congratulations to @shapeshift_io for implementing KYC. I have a hard time understanding how everyone can be giving that company a hard time simply for putting in place a compliance program. https://t.co/QPwoVe9bub

Coder Udi Wertheimer claimed that ShapeShift has signed its own death warrant by requiring personal information.

Shapeshift is dead: will require KYC/AML compliance from all users by the end of the year.

Next up: “DEXs” succumb as well. I bet at least one of IDEX, EtherDelta, Bancor, 0x add KYC restrictions by EoY 2019 https://t.co/e01hUZcimL

Legal expert Katherine Wu advised the community not to blame ShapeShift itself, but rather the rules and laws that necessitated the decision.

13/ The regulatory situation we are in today for the crypto industry is incredibly frustrating.

So…hate on the rules and laws that are in place. Not on the people (esp. CEOs of well-known crypto companies) who are trying to stay out of jail by complying with the law.

As regulating bodies from all around the world scramble to create rules supervising the emerging crypto sector, many observers wonder if other exchanges would implement KYC guidelines in the future as well.