Ravencoin to Launch Mainnet at Month’s End. What Could RVN Holders Expect? 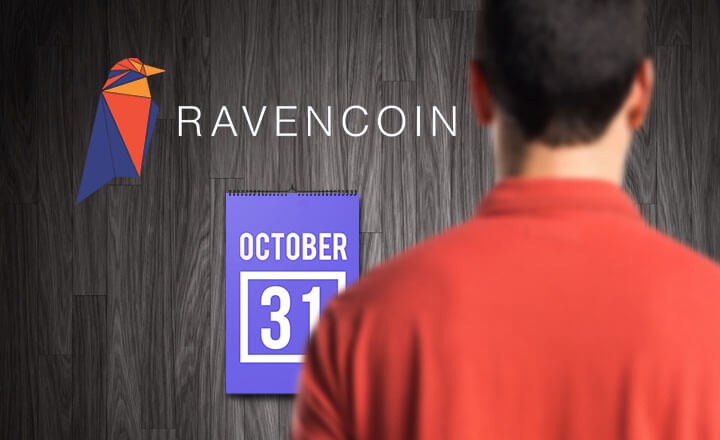 The mainnet of Ravencoin, a protocol for the issue and transfer of digital assets, will go live on October 31 while RVN price increased ahead of the launch.

Ravencoin is about to release its mainnet on October 31, in time for the one-year anniversary of its announcement as well as Bitcoin’s first decade.

This mainnet’s purpose is to allow the creation of unique digital assets. However, a member behind Ravencoin explained that the apparent launch is only experimental.

Ravencoin asset layer is coming out in just a couple weeks-/ imho best uses early on will be games, fun, experiments etc.- it’s still early & experimental- I don’t recommend taking economic risk or putting real securities on the protocol yet- you can reserve names- should be fun!

Named after an avian species used as messengers in the novel A Song of Ice and Fire, Ravencoin is a code fork of the Bitcoin network that uses a currently application-specific integrated circuit (ASIC)-resistant x16r algorithm and a Proof of Work (PoW) consensus protocol.

Being a “Peer to Peer Electronic System for the Creation and Transfer of Assets,” Ravencoin allows the transfer of different digital assets such as tokens from one user to the other.

“One goal of the Ravencoin project is to see if a use case specific blockchain and development effort can create code which can either improve existing structures like Bitcoin or provide advantages for specific use cases.”

With the upcoming mainnet launch, what possibilities could cryptocurrency observers and Ravencoin supporters expect to come true?

First of all, the project’s own cryptocurrency, Ravencoin (RVN), could be listed in a number of prestigious exchange platforms.

Just earlier this month, Binance opened trading pairs of RVN and both Binance Coin (BNB) and Bitcoin (BTC). The exchange explained that it made sure to list only high-quality crypto coins, implying that RVN is one of them.

Should the mainnet show interesting results, more exchanges might be convinced that the Ravencoin project—among other blockchain-related ideas—has promise. As of October 22, holders can trade RVN at Binance, Upbit, Bitrext, QBTC, and Nanex, among others.

Another possibility that is most likely to happen is that RVN’s price would significantly rise ahead of the launch.

Many analysts argue about the exact reasons, but a crypto price increase usually comes ahead and shortly after a project’s mainnet goes live. There are a number of precedents to support this possibility. Prices of Tezos (XTZ), Lisk (LSK), and TRON (TRX) increased days leading up to their respective mainnet launches.