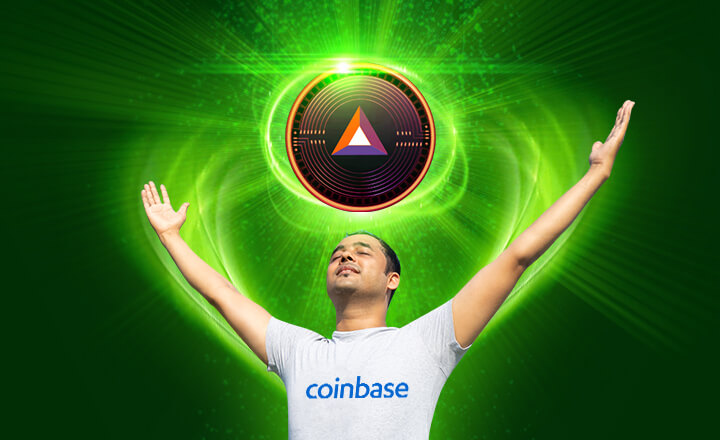 Cryptocurrency observers online suggested that the Coinbase Effect was behind the increase in Basic Attention Token (BAT) prices this past weekend.

Did the Coinbase Effect strike yet another victim? Just as the cryptocurrency trading platform Coinbase announced the trading of Basic Attention Token (BAT), the price of the coin took a significant leap.

On November 3, Coinbase Pro—the platform for advanced digital asset trading—started taking in BAT tokens as deposits made by users. Three days later, the token was made available for trading, but only with the stablecoin USD coin (USDC). Coinbase added that BAT trading would not be available at Coinbase.com as of the moment.

The BAT token is an Ethereum-based ERC20 token developed to address issues in digital advertising. The token is used on the blockchain-based decentralized advertising exchange platform also named BAT as “a unit of account between advertisers, publishers, and users.” Advertisers pay for ad space using BAT tokens, publishers take these ad revenues in the same tokens, then end users receive BAT tokens for viewing BAT ads.

Shortly around when Coinbase Pro accepted the utility token, BAT’s price jumped in a short period and has since continued to increase steadily. In less than an hour on November 2, BAT went to US$0.315796 from US$0.261659—a rise of around 20 percent.

$BAT UPDATE: Its starting to move again…… Hello sunshine!!! Lets see what you have in store for us this week!! pic.twitter.com/KzdEczmUIP

Meanwhile, the growth continued in the following days. As of November 8, the BAT token is trading at US$0.34366 against the US dollar, eight percent higher than the value last Friday.

Maybe It’s the Partnership, Not Coinbase

Many BAT supporters online speculated that a positive development hinted by the project’s chief executive had a hand in the steady price increase that occurred days after the Coinbase Pro listing.

On a crypto podcast, BAT CEO Brendan Eich revealed that a huge online company with at least 80 million site users a month is looking to tap into the BAT platform.

Excited observers and fans took a guess on what site Eich was referring to. On the BAT subreddit, Twitter’s name was floated around, with the social media site’s CEO Jack Dorsey already involved in the crypto scene.

Meanwhile, some names speculated on included steaming platform’s Twitch, online forum Reddit, and the online version of British news outlet The Guardian, among others.