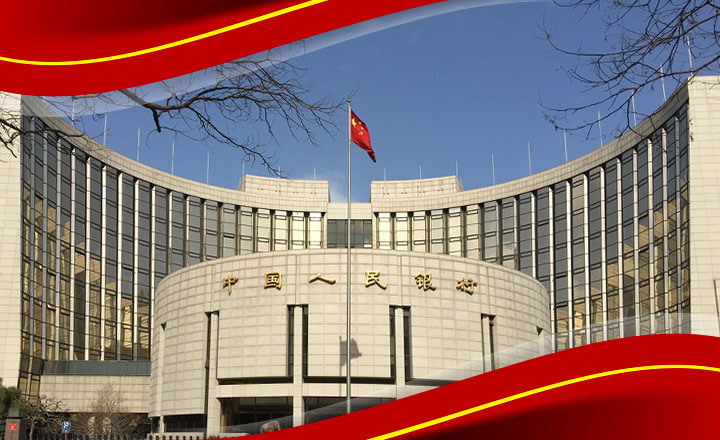 China's central bank said that BTC/RMB trading now accounted for only one percent of the total trading volume after it shut down exchanges in the country.

Crypto-to-fiat currency trading volume in China dropped significantly after the country banned crypto trading through online exchange platforms. According to the People’s Bank of China (PBoC), Bitcoin (BTC) to renminbi (RMB) exchange has fallen to below one percent of the world’s total number of transactions.

Renminbi—translated as the people’s currency—is the official name of the Chinese currency introduced in 1949 during the establishment of the then-communist country.  Similar to the British pound and pound sterling, yuan is a monetary unit of the renminbi.

Chinese exchanges once said in early 2017 that they account for more than 90 percent of total Bitcoin trading in the world, as reported by Reuters. That percentage dwindled significantly because of the government shut down virtual currency trading platforms in the country the following year. After China-based crypto exchanges either closed or moved away to favorable territories, the percentage of BTC/RMB transactions dropped to less than one percent.

“This indicates that the policy has been very successful. It is within expectations that the yuan’s share in global Bitcoin transactions would drop after China announced the ban. The fluctuation for Bitcoin has been huge and obviously that is very risky for investors. [Chinese investors] could not bear such risks.”

According to Zhang Yifeng, blockchain analyst at Zhongchao Credit Card Industry Development Company, China’s policy on crypto trading has become the leader in the global crypto regulatory trend and has “fended off the impact of sharp ups and downs in virtual currency prices.”

In early 2018, China ordered the closure of virtual currency exchanges in the country. The government argued that it implemented the ban to protect its jurisdiction from the heavily fluctuating price of the crazed crypto coins and from the fraudsters that take advantage of the crypto hype.

“[Virtual currencies] not issued by the monetary authorities… do not have legal status equivalent to money, and can not and should not be circulated as a currency in the market use. [Any] so-called tokes financing trading platform shall not engage in the exchange of legal currency and tokens.”

The Financial News—a news publication affiliated with PBoC—reported that China stepped up and banned the use of virtual private networks (VPN) as locals used them to continue crypto transactions through overseas platforms.

“It is common for people to use VPN to trade cryptocurrencies, as many exchange platforms relocated to Japan or Singapore. I think the new move literally means it would be even harder to circumvent the ban in China… people promoting related business programmes may be arrested.”

The country became famous for its censor-happy Great Firewall, a wordplay on the firewall and the world-renowned Great Wall of China. This censor restricts access to websites the officials consider dangerous, including sites of exchange platforms. Since the government has blocked crypto exchange websites and VPNs, Chinese residents have virtually no other alternative to trade their Bitcoin for yuan and vice versa.

| Related: Regulators Should Not ‘Attempt to Ban’ Cryptos, Suggests an EU Report

Coincidentally, both prices of yuan and Bitcoin continue to slide down.

The yuan is the currently worst performing currency in Asia, losing as much as 3.7 percent against the United States dollar. The slide down was accelerated further by the upcoming trade war between the governments in Beijing and Washington. The US will impose tariffs on Chinese imports, with China retaliating the same way.

The PBoC, however, denies that the government is using the credit to as a form of retaliation. According to Sun Guofeng, head of the PBoC’s financial research institute, the decline of the yuan is not because of the country purposefully weakening the currency to gain an advantage over the US market.

Sun, as quoted by Bloomberg, said:

“Recently the yuan’s exchange rate has shown some weakness. This is entirely due to changes in market expectations as external uncertainties rise rather than intended guidance of the central bank. China upholds multilateralism, globalization, free trade and rule-based international guidelines, and will not make the yuan’s exchange rate a tool to cope with trade conflicts.

Meanwhile, Bitcoin continues to show an overall downtrend in price graphs. The first and biggest virtual currency spearheaded the crypto craze of late 2017 after its value skyrocketed to more than 100 percent in just three months, reaching a peak of almost US$20,000 in December that year.

After the hype died down, and after financial regulatory bodies imposed rules on crypto-related transactions, the virtual currency market lost more than half of its value as crypto prices plummeted back to earth. Bitcoin, as of July 9, trades at US$6766.16, a decrease of around 65 percent in just half a year.