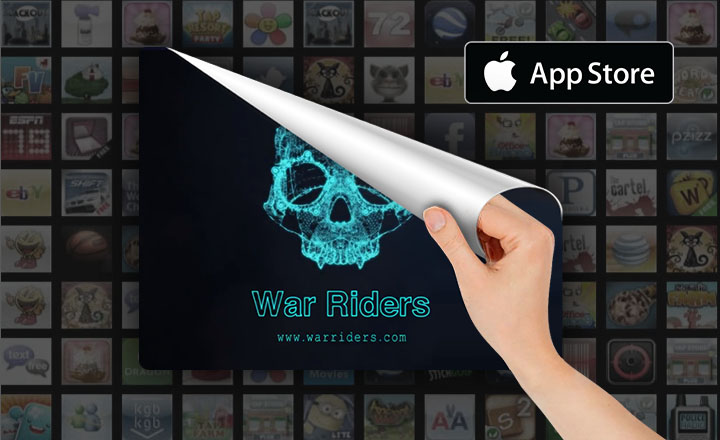 Apple has ordered the removal of decentralized application (dApp) War Riders from the iOS version of Coinbase’s app, according to several reports.

War Riders is a massively multiplayer online (MMO) strategic game that involves vehicles and cryptocurrencies. Built on the Ethereum network, the game involves collecting the crypto called Benzene (BZN). Players can use the collected Benzene not only to purchase in-game items but also to exchange for other cryptos.

Days later, however, Apple reportedly advised Coinbase to stop featuring War Riders on the iOS version of the Coinbase Wallet app. Apple, according to one reporter, prohibits the sale of War Riders’ crypto collectibles and similar NFTs on its App Store.

“War Riders got this elevated status where their NFTs would start showing up in the Coinbase Wallet app. Sometime later… a Coinbase staffer came to War Riders and said, ‘actually we have to take you out of the app entirely because Apple is saying we can’t offer things that sell digital goods.”

“What’s bad with wanting to play games? Today we choose to stand up as a community and demand that our voices are heard. Please stop the discrimination.”

A similar incident happened earlier in June when Trust Wallet received a notice from Apple. The message suggested that section 3.1.1 of the Review Guidelines prohibits the sale of digital content. However, the updated rules lack any definitive and explicit guidelines regarding the purchase of digital content.

Under subsection 3.1.5 of the App Store Review Guidelines, apps are not allowed to mine for any crypto using any Apple device. However, the rules permit cloud mining and other off-device mining processes.

In a separate section, Apple reasoned that apps should not stress the device. Mining for most cryptos requires a huge amount of computing power achieved mostly by high-end rigs. However, Apple devices are not optimized for crypto mining. As such, most mining apps would put a strain on the device and would overheat it.

“Design your app to use power efficiently. Apps should not rapidly drain battery, generate excessive heat, or put unnecessary strain on device resources. Apps, including any third party displayed within them, may not run unrelated background processes, such as cryptocurrency mining.”

According to security researcher Troy Mursch, developers did not optimize most smartphones and tablets on the market to mine for cryptos. He warned that the devices could end up damaged beyond repair because of stress caused by crypto mining.

| Related: Crypto Mining Apps Disappear One by One after Google Play Store Ban