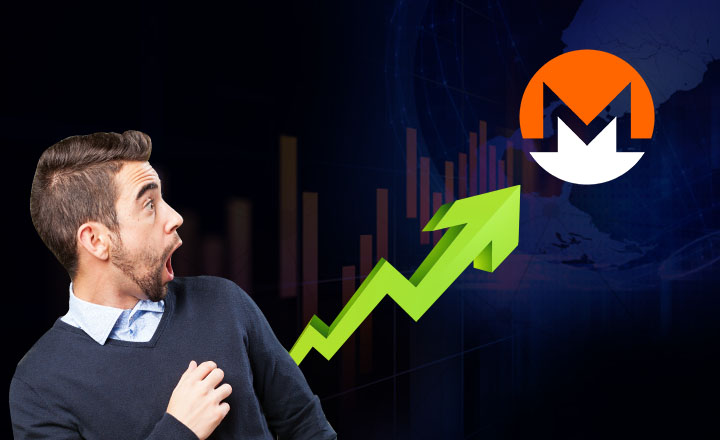 A report released by ICO advisory firm Satis Group using a top-down methodology estimated Monero's price to increase by around 1,300 percent in a year.

A recently published study predicted that the price of Monero (XRM)—a privacy-oriented cryptocurrency—would increase tenfold after just one year.

The report estimated Monero’s value to rise by 1,336 percent from the recent price of US$103 to US$1,476 a year later. The study also forecasted that the price would continue to increase and would hit US$18,498 after five years. Another half a decade later, and Monero’s price should be US$39,584 or 38,391 percent of the recent price.

Researches computed for those numbers using a top-down method following an approach based on the quantity theory of money.

Also in the report are numbers suggesting that privacy crypto assets would have the biggest upside among other sectors on the market. According to the study, the demand for privacy coins would increase because of the increasing pressure for the leading cryptos like Bitcoin (BTC) to implement verification steps. This is one of the reasons why the study suggested that privacy cryptos would mostly be used to hide illegal activities.

“Considering the nature of the use cases, the Privacy market user base will most likely rely on networks that have more active codebase development, more resistance to centralized control (possibly through mining), a growing ecosystem, and growing user base.”

Among all privacy coins, however, the study considers Monero as the most promising. As stated in the report, the altcoin is fungible compared to some of its peers like Zcash (ZEC). Monero currently trades at US$139.66 against the dollar.

Meanwhile, researchers believe that most altcoins acting as currencies would falter.

Using the same top-down methodology, the study showed red-percentage movement for Bitcoin Cash (BCH) and Ripple (XRP). The report forecasted a significant fall to currency networks such as Bitcoin Cash, which rose to dominance only by inheriting brand recognition. In addition, the researchers believe that currencies like Ripple, which are not even necessities on their networks, would lose their value.

The numbers showed a 68 percent price decrease for Bitcoin Cash in a 10-year duration, while Ripple would experience an almost 100 percent downside in the same duration.

On the other hand, researchers believe that there is an upside for networks “that have cultivated relatively organic growth and community” like Litecoin (LTC). Furthermore, they believe that Bitcoin would remain the most dominant crypto in the currency network sector.

“We continue to believe that BTC and its network effect will dominate end-market share within Currencies and the overall cryptoasset market, driven by 1) increasing liquidity and purchasing avenues, 2) increasing brand recognition, 3) its position as the default base-pair within the crypto markets, 4) declining relative volatility, 5) relative lack of attack vectors, 6) network capacity alleviation through the maturity of layer-2 solutions, and 7) an increasingly high attack and overthrow cost.”

Bitcoin—the first ever cryptocurrency—remains the largest in the market with US$127 billion worth in circulation. The crypto is currently priced at US$7,379.91.