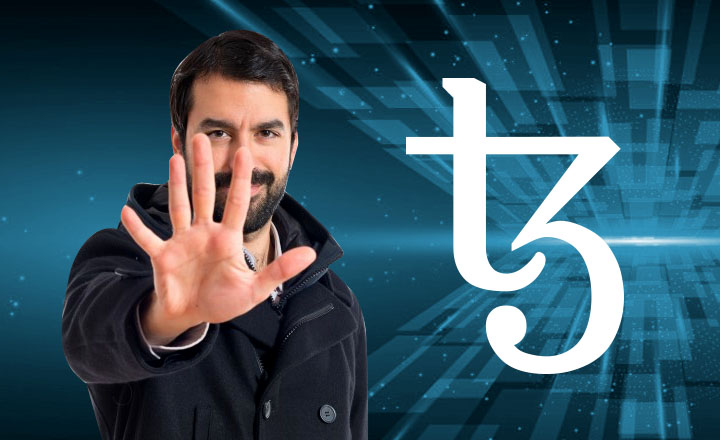 Tezos, which raised one of the highest sums in an ICO, remains interesting despite controversies. Here are some things to know about the blockchain project.

It was reported that there are around 1,600 cryptocurrencies currently circulating on the market. Each one of them offers technology that they believe would be beneficial to the financial world and beyond.

One of those is Tez (XTZ). The Tezzies are used as the digital currency on the Tezos —a platform that supports smart contracts and decentralized applications (Dapps).

The project was once the most hyped in the community, with the promise to solve governance problems most blockchains have and with the backing of venture capitalist Tim Draper. However, Tezos has lost some of its supporters due to infighting and negative publicity.

Nevertheless, the project remains interesting as it offers qualities some blockchain startups do not have. Here are five things observers and potential investors need to know about the Tezos project.

1 | It is a Self-Evolving Blockchain

Usually, blockchains need to fork into two in order to implement protocol upgrades and similar changes. However, upgrades on the Tezos blockchain do not result in a fork. Instead, the amendments are made on the same network. With this, Tezos could easily implement changes as the market demands them. At the same time, Tezos could avoid dividing its own community with an impending network fork.

Bakers—a name for the platform’s miners—could join the consensus process by staking their Tezzies. The number of tokens staked would correspond to the amount of mining power a baker will have.

With a possibility of earning tokens, bakers process and validate blocks before putting them on the network. Dishonest behaviors would give Tezos the right to keep the tokens the baker staked.

3 | It Follows an On-Chain Governance Model

The fate of a number of blockchains relies on a relatively small number of personalities, consisting of either developers or early investors. This, however, is not the case in Tezos. All bakers and other stakeholders can be a part in governing the network.

First, developers pitch their upgrade proposal on the network, which in turn could reward them with Tezzies. Then, stakeholders vote for the proposed changes in the protocol. The voting power of a stakeholder relies on the amount of Tezzies he staked.

4 | It Has a Record-Breaking ICO

When it launched its initial coin offering (ICO) in July 2017, Tezos was one of the most hyped projects of the year. The ICO garnered around US$232 million in Bitcoin (BTC) and Ether (ETH), which was a record topper that time.

While it has made way for EOS’ US$4.1 billion-record, Tezos’ ICO remains as one of the 10 biggest amounts raised in an ICO. Tezos raised more funding than TRON’s US$70 million, Basic Attention Token’s US$35 million, and Nebulas’ US$60 million.

5 | It Had a Contentious Past

Despite breaking records, the project was once involved in a now-resolved controversy.

Like most crypto projects, founders Arthur and Kathleen Breitman established in Switzerland the Tezos Foundation and appointed Johann Gevers as the head of its board. A dispute between the two groups emerged regarding the control for the money raised in the ICO.

Because of this fight, the deliveries of tokens to the investors had been significantly delayed. Supposed token holders have filed a number of class-action lawsuits against the Breitmans, the founders’ Dynamic Ledger Solution company, and the Tezos Foundation.

The dispute, however, has been resolved. In February, Gevers stepped down from his position in the Tezos Foundation board and was later replaced with Ryan Jeseperson, a member of the Tezos community.

As of October 16, Tez is the 18th largest crypto with a market capitalization of US$860 million. The crypto currently trades at US$1.4161 against the US dollar, 76 percent off from its peak value of US$5.41 earlier in May.

Interested investors can find XTZ trading pairs at Gate.io, Bitfinex, HitBTC, and Kraken, among others.

Erratum: Additional information regarding the Tezos Foundation and the Breitmans has been added.