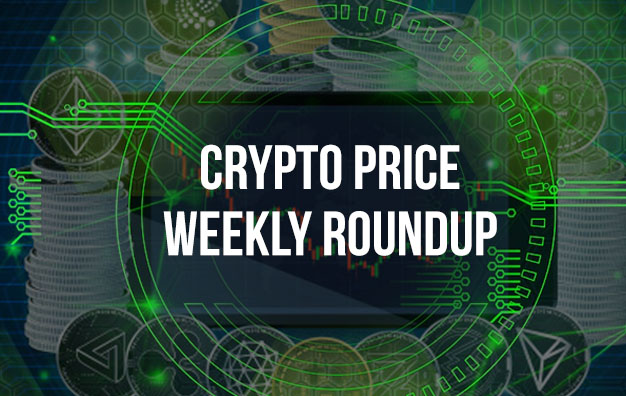 Cryptos could just have seen the reversal of the bear market in the middle of this week. Learn more in this Crypto Exchange September WK2 2018 Roundup.

The top 10 cryptocurrencies have exhibited mixed results this week. Some of the cryptos posted gains from September 10 to 14, while others ended in the red.  However, most of the price graphs started going up starting in the middle of the week. Know more in this Crypto Exchange September WK2 2018 Roundup. 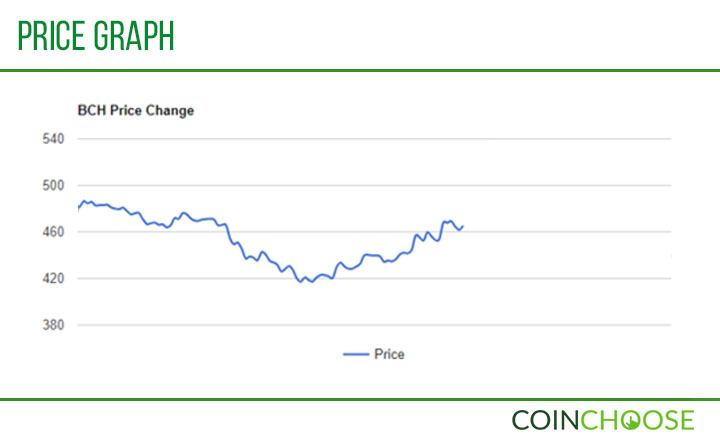 It was another unfavorable week for Bitcoin Cash (BCH) holders as the altcoin entered Monday, September 10, at US$484.22 after a disappointing start to September. The graph remained relatively stable until hours before September 12, when the price was at US$464.37.

The altcoin hit US$415.56 later that day, its lowest mark this week, for a loss of 10.5 percent inside 18 hours. The price, then, started to move upward, albeit slowly. Graphs showed that Bitcoin Cash never went back anywhere near to its lowest level for the week.

Bitcoin Cash traded on Friday at US$463.23 against the US dollar, for a loss of 4.34 percent over five days. The altcoin also lost more than US$400 million in market capitalization over the same duration. However, Bitcoin Cash remained the fourth largest crypto based on market cap, with over US$8.03 billion worth of coins in circulation.

The pessimism of a number of Bitcoin Cash owners over the upcoming November hard fork could have been a factor in the percentage loss recorded this week.

Most Bitcoin Cash holders worry that the chain would split into two different networks after the upgrade, following the ideological dispute among figures of the altcoin’s community.

There are two completely different full network node implementations—Bitcoin SV and the latest version of Bitcoin ABC—currently pitched to Bitcoin Cash miners and pool operators. Each came from the two leaders of the warring factions: nChain and Bitcoin ABC, respectively.

Since a significant percentage of hashpower has already committed to one of these nodes, it is more likely that Bitcoin Cash would be split into two one again, with itself being a forked version of Bitcoin (BTC). 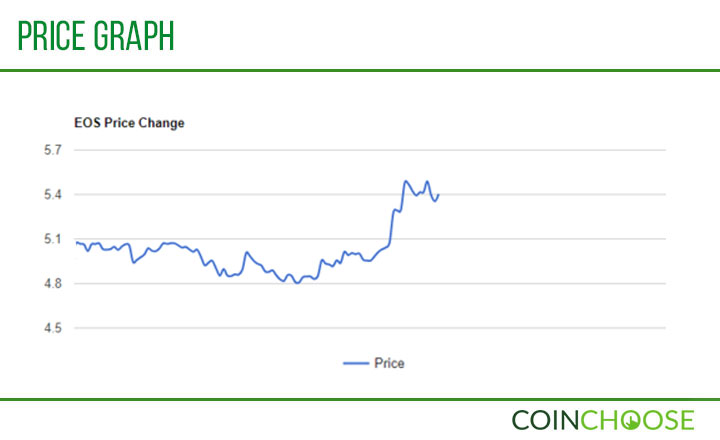 Unlike Bitcoin Cash, EOS (EOS) has enjoyed the past five days with huge gains posted throughout most crypto price trackers.

On Monday morning, EOS was worth around US$4.99 behind a recovery from a huge slump just a day before. The price displayed some signs of volatility as it moved up and down within hours. Shortly before September 12, EOS reached its lowest for the week at US$4.79.

The following day EOS climbed back to the US$5 level and dropped very close to the week’s lowest. Since then, EOS never looked back, and its price went up significantly. Many analysts say that the positive movement late in the week came after the tip of a falling wedge pattern drawn from September 9 to 12.

Meanwhile, several reports of crypto exchanges being involved with the token could have played a part in the bullish sentiment expressed by EOS’ price movements.

Canada welcomed EOS this week when one of the country’s crypto exchanges, NDAX, supported the token. The statement added that the platform is the first Canadian exchange to have offered the EOS/CAD trading pair.

Also this week, crypto exchange platform HitBTC has upgraded EOS to a quote currency. According to the announcement, traders can start pairing EOS against some of the biggest digital currencies offered in the exchange, including Ripple (XRP), Litecoin (LTC), Monero (XMR), Dash (DASH), and Bytecoin (BCN), among others.

Could this Week Spark Cardano’s Comeback? 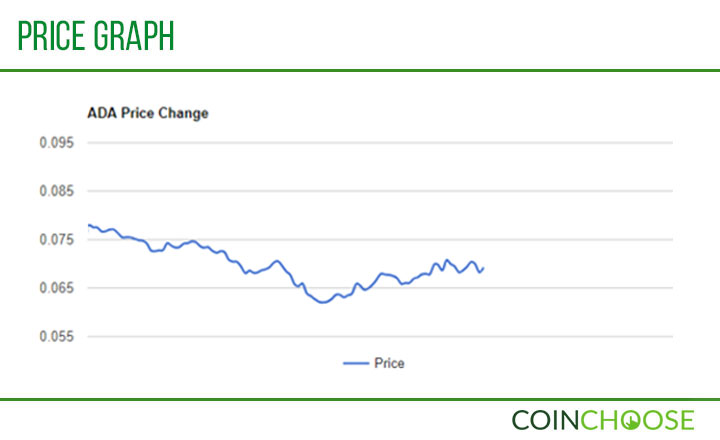 On the other hand, this could be the start of good things for holders of Cardano’s crypto, Ada (ADA).

Around September 5, most crypto prices experienced a huge fall in just a matter of hours. Several days later, a number of these cryptos managed to recover tiny parts of their losses. However, Ada is not one of them.

Ada entered this week at US$0.07728, 14 percent off from its price post-drop. The crypto continued to spiral to the ground, reaching this week’s bottom of 0.061729 on Wednesday. By that time, Ada lost 20 percent over three days. However, the price looked to have bounced back as the graphs showed incremental increase thereafter.

On September 14, Ada was valued at US$0.069945, a 13 percent positive difference from its lowest for the week. However, this gain is not enough to recover Ada’s losses just for this week, which overall stood at minus 9.49 percent.

Similarly, Ada—the 10th largest crypto—lost almost US$200 million on its market cap, which on Friday was at US$1.813 billion.

The sudden rebound could have been caused by an interview detailing the additional features coming with Cardano’s upgrades.

Charles Hoskinson—creator of Cardano—shared that the upcoming Cardano v1.4 would include Linux support for Daedalus, the only wallet that can hold Ada. In addition, a couple of testnets would be launched live to try out different codes before implementing on the main blockchain.

Apart from these, the 1.4 upgrade would also include an open source sandbox for interested developers, as well as an improved block storage aimed to achieve faster network speed.