For Crypto Exchange October WK4 2017, Monero is back on its game with its continuous growth from Monday to Friday, while Litecoin experienced the opposite. 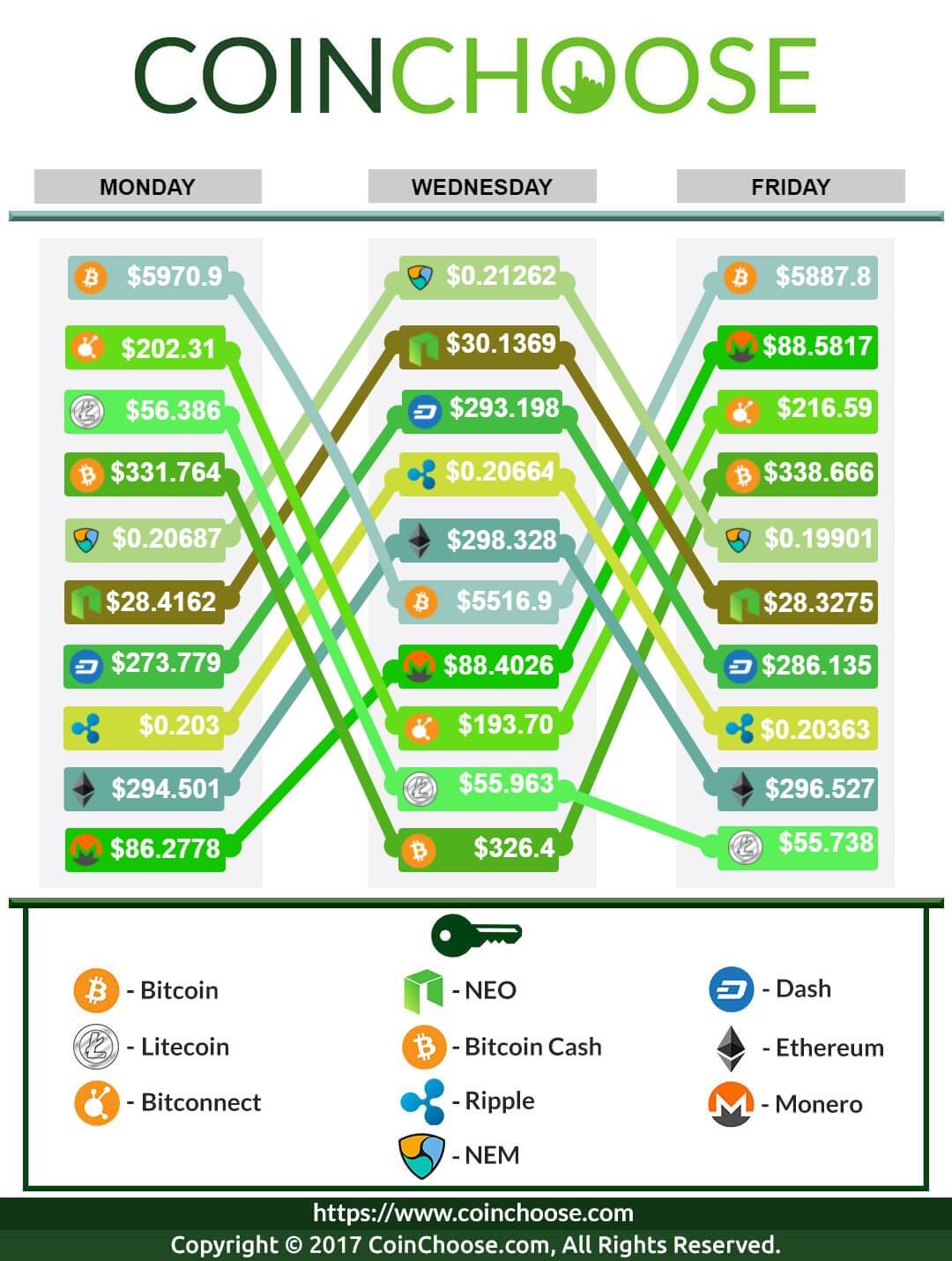 Crypto Exchange October WK4 2017 started with a surprise as the altcoins, Ethereum Classic (ETC), Steem (STEEM), and MaidSafeCoin  (MAID) are no longer included in the top 10 list for now but this weekly roundups welcomed BitConnect (BCC), Bitcoin Cash (BCH), and NEO (NEO). As for the rest of the cryptocurrencies, crypto exchange sites showed that there is nothing to worry.

Bitcoin exchange sites are still glad with the current standing of Bitcoin (BTC) and its prize of $5,887. It entered the Crypto Exchange October WK4 2017 with $5,970 went down a bit by 0.076 percent but was able to get back to the game by Friday. The same goes with Bitcoin Cash and BitConnect.

Unfortunately, altcoins like Ripple (XRP), Dash (DASH), NEM (NEM), NEO, and Ethereum (ETH) began the week with increases but fell down by Friday. Ethereum exchange sites showed that for Crypto Exchange October WK4 2017, Ethereum is already worth $298.32 by Wednesday but dropped to $296.52.