Bitcoin finally reached $8,000 in this Crypto Exchange November WK3 2017. Most of the altcoins also increased such as Bitcoin Cash and Ethereum.

Bitcoin (BTC) finally reached $8,000 in Crypto Exchange November WK3 2017. Bitcoin exchange sites were pleased with the Bitcoin price trading close to $8,100 on Monday and Wednesday. Unfortunately, it dropped back to $8,000 come Friday. But, this is still a good sign because most of the altcoins increased this week. 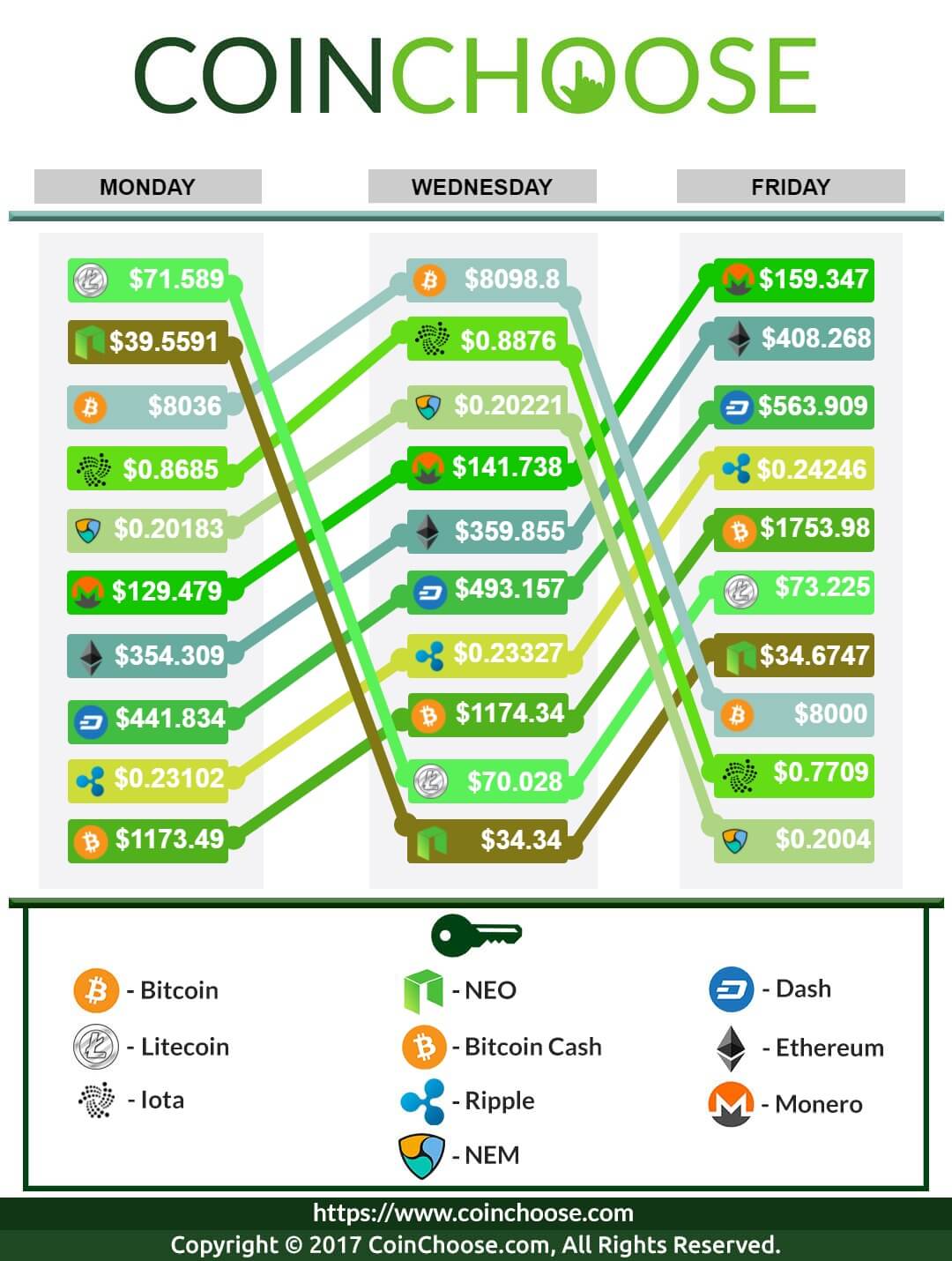 Meanwhile, compared to last week, Bitcoin Cash (BCH) jumped from $908.598 to its current price of $1,753.98. The same happened to Ethereum (ETH). Ethereum exchanges showed the altcoin’s increase starting from Monday to Friday.

On the other hand, Ripple (XRP) is moving step by step but it is also consistent with its growth. The other altcoins that developed throughout the week were Dash (DASH) and Monero (XMR). From the previous week’s consistent falls, these two were able to get back on track this week.

However, there were altcoins that did not start the week on a good note. Litecoin (LTC) and NEO (NEO) both plunged on Monday but were able to regain momentum in the next days. Litecoin is now worth $73.2 while NEO’s price is $34.67.

Another side of the story are crypto coins that happily entered the week with increases but failed by Friday: IOTA (IOT) and NEM (NEM).