For Crypto Exchange November WK2 2017, IOTA entered the list and the cryptocurrencies received increases the whole week except for Dash and Monero.

Crypto Exchange November WK2 2017 turned out differently compared to what cryptocurrency users expected. Instead of seeing Ethereum Classic (ETC) for the weekly roundups, IOTA (IOT) took its place and joined the top 10 list. The altcoin entered Monday with $0.595 and consistently increased until it reached $0.8239 by Friday. 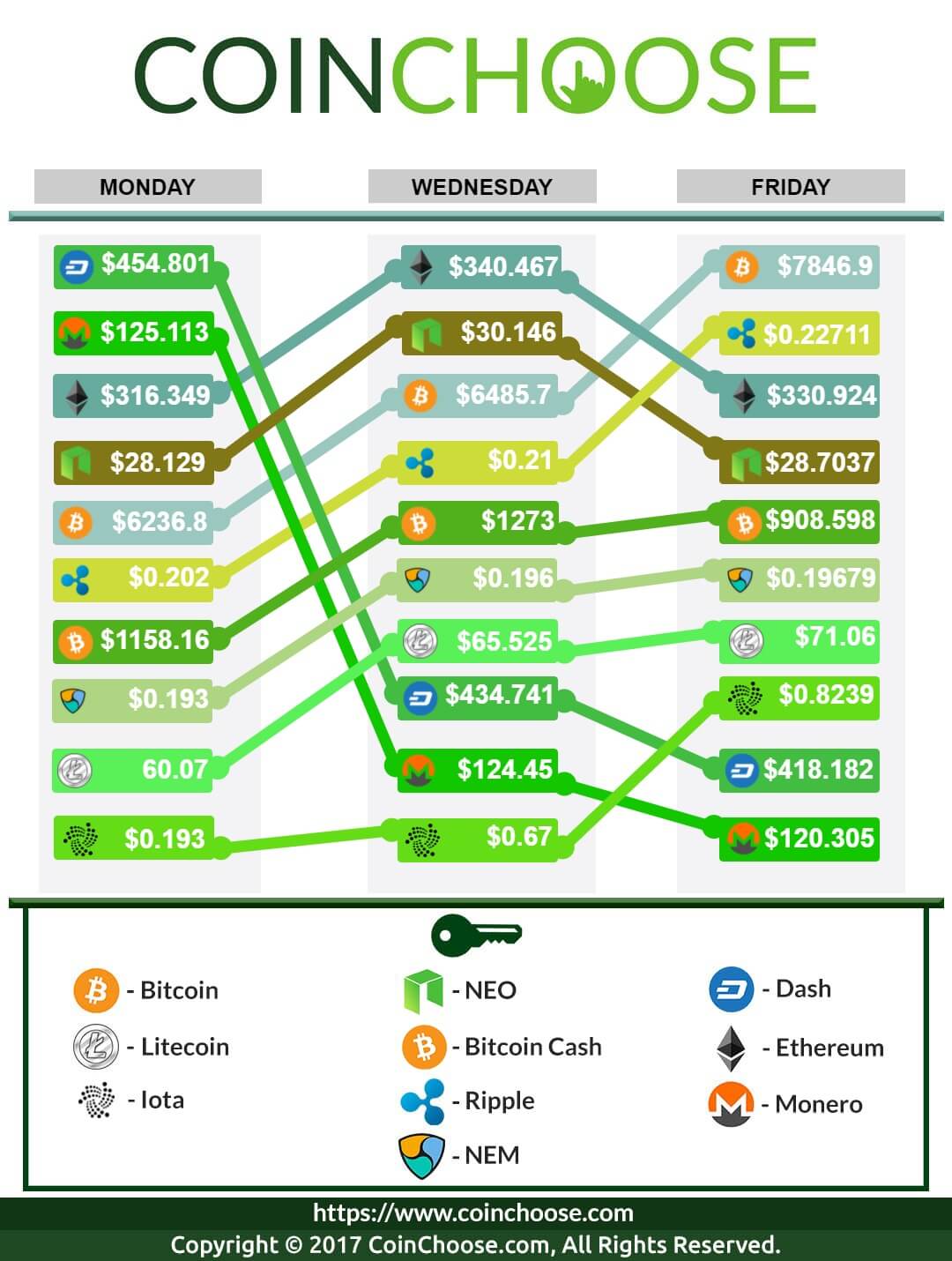 Apart from the new altcoin on the list, Litecoin exchange sites are glad that compared to last week’s continuous decrease of Litecoin (LTC), it was able to go back to its game this week. It started Crypto Exchange November WK2 2017 with $60.07 and was able to increase up to 0.17 percent until Friday. There are also other altcoins that received steady increases the whole week: Ripple (XRP), Iota, and NEM (NEM).

The good news does not stop there because even if Bitcoin exchange sites announced some drops of Bitcoin (BTC) compared to last week’s $7,134.46, it closed Crypto Exchange November WK2 2017 with $7,846.87.

However, some altcoins such as Bitcoin Cash (BCH), NEO (NEO), and Ethereum (ETH) might not be steady the whole week. These altcoins were rising from Monday to Wednesday, but dropped on Friday. While crypto exchange sites also announced that the altcoins, Dash (DASH) and Monero (XMR) experienced ongoing decline for Crypto Exchange November WK2 2017.