Find out why the prices of Bitcoin, Ripple, and Bitcoin Cash struggled to regain their momentum in the third week of March in this crypto exchange roundup.

Most cryptocurrencies struggled to keep their momentum this week, except for Cardano (ADA) and EOS (EOS), whose price continued to improve from last week. Find out the price movements of Bitcoin (BTC), Bitcoin Cash (BCH), Ethereum (ETH), and the rest of the top 10 cryptos in this Crypto Exchange March WK3 2018 roundup. 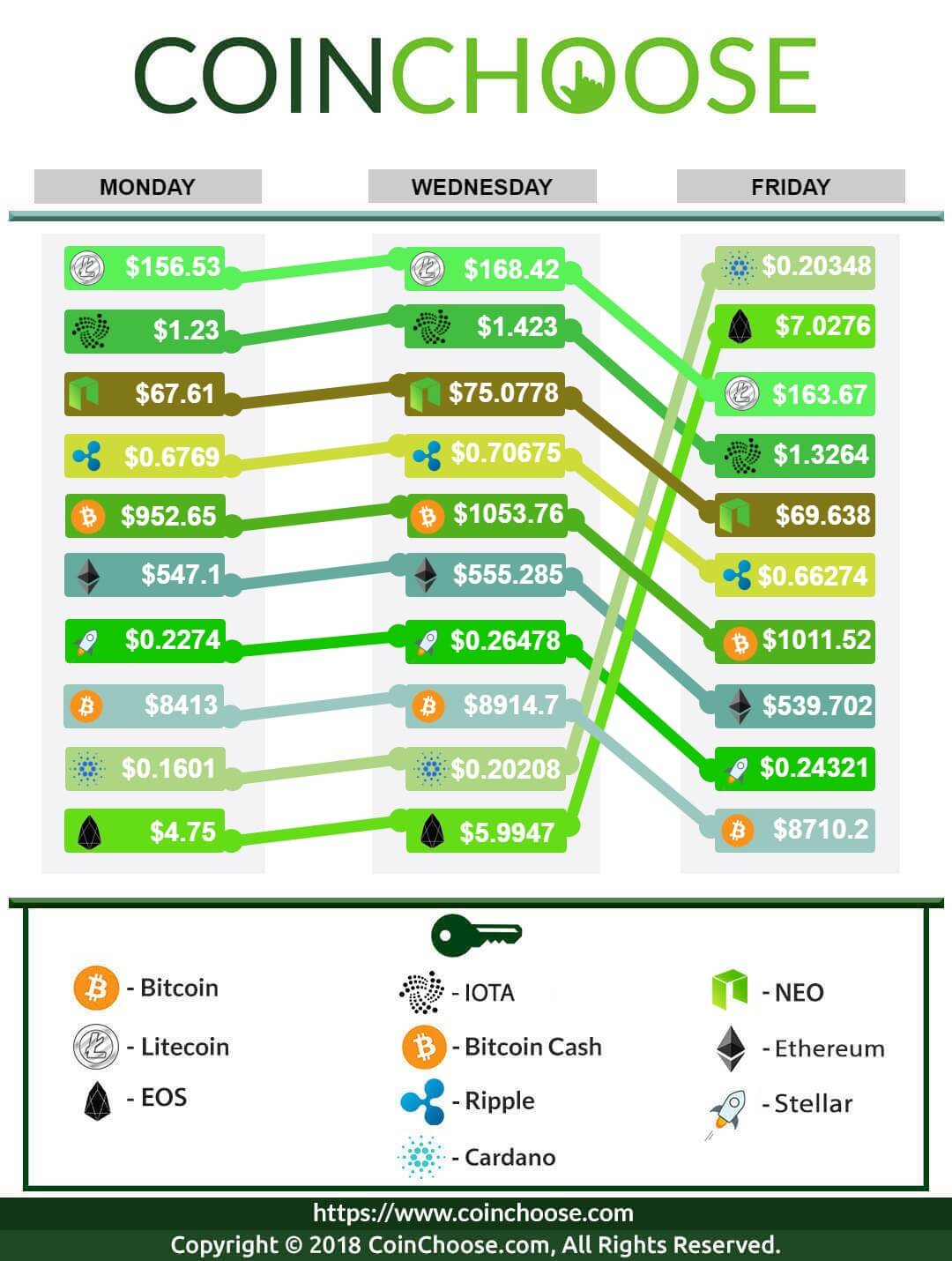 Cardano has remained bullish for two consecutive weeks. The price continued to move upward as there has been a heavy trading volume of ADA in Upbit, a Seoul-based cryptocurrency exchange. The altcoin also ranked top in other popular exchanges such as Binance and Bittrex.

The EOS price, meanwhile, surged this week after FinLab AG announced its acceptance of the coin. Rumors about Upbit adding EOS to its list and the coin’s nearly US$1 billion trading volume also have an impact on the EOS price increase .

On the contrary, Bitcoin price dropped below the US$9,000 level after Japan filed a warning against Binance, a Hong Kong-based Bitcoin exchange, for operating without registration. German researchers also found links related to child pornography in some Bitcoin transactions, adding another reason for the Bitcoin price to fall. Despite all the issues surrounding the world’s biggest crypto coin, Jack Dorsey, CEO of Square and Twitter, released a Bitcoin trading facility on Cash.App.

Bitcoin Cash joined the crypto coins that fluctuated this week as Jonathan Hamel, Canadian entrepreneur and educator, said Bitcoin Cash is an illegitimate scam during a parliamentary hearing on March 19. However, there is still a chance for the price to recover as thousands of merchants and several wallets moved to Bitcoin Cash, including Bitpay. Meanwhile, Ripple (XRP) users can also expect a turn in the price movement of the said crypto as banks and payment providers in China plan to use Ripple’s settlement solution, xCurrent.