Determine the price movements of crypto coins like Bitcoin, Ethereum, Bitcoin Cash, and NEO in the second week of March in this crypto exchange roundup. 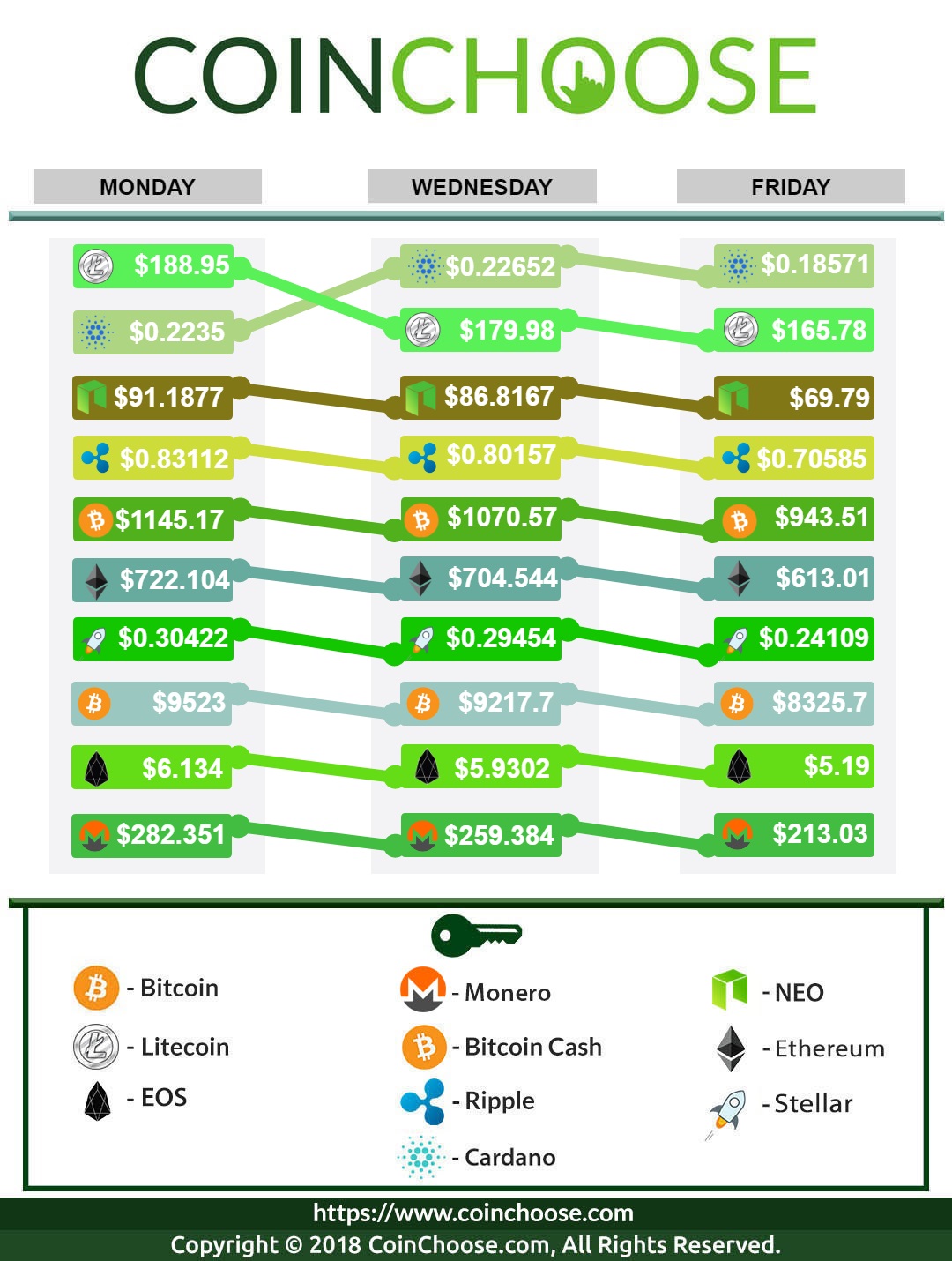 Just like in the previous roundup, the downward movement of crypto prices continued this week. Cardano (ADA) became the only crypto coin to remain bullish, as the rest braved their journey down the price charts. Would Bitcoin (BTC) survive another dip? Would Bitcoin Cash (BCH) show signs of price momentum? Find out the different price movements in this crypto exchange March WK2 2018 roundup.

The Bitcoin price continued to drop significantly as it failed to reach the US$10,000 mark this week. The unregulated Bitcoin exchanges and the sudden decrease in the number of Bitcoin miners could have affected the price fall of Bitcoin. After the fraud issue on BitFunder, US Securities and Exchange Commission then warned investors to make sure that miners should register with an SEC-registered exchange. But it seems like Bitcoin users just decided to switch to another coin, resulting in a further decline of the Bitcoin price.

Bitcoin Cash and Ethereum (ETH) followed the world’s biggest cryptocurrency in the slump as their price tumbled down the whole week. Google’s ban on crypto coin advertisements in the search results page took a toll on these altcoins’ market performance. At the same time, the price of NEO (NEO) and Monero (XMR)—the biggest losers of the week—were in the bearish pattern as well after the US House of Representatives Capital Markets, Securities, and Investments planned to keep an eye on crypto regulation for the protection of all investors.

Crypto users should not worry too much as there is still a chance for the crypto prices to recover. Abra, a multi-currency wallet, has decided to add 20 cryptocurrencies, including Bitcoin, Bitcoin Cash, and Ethereum, to its new and updated version. An upward movement is also expected from the price of NEO after the currency made a partnership with Onchain. Monero will not be left in the red as there is a possibility for its price to go up after the release of its first hard fork, MoneroV.

Meanwhile, the price of Cardano inched forward after Emurgo and SIRIN LABS announced their partnership. This team up, however, failed to keep the price further up north as the coin would still need to improve for more users to see its worth. Cardano users still hope new upgrades will roll out for the altcoin.