For Crypto Exchange July WK1 2017, Litecoin and Dash had an impressive run as they both showed growth as compared to the other crypto currencies.

Crypto Exchange July WK1 2017 saw half of the top 10 crypto currencies go up the crypto exchange platforms as the rest struggled to keep up in the competition. Although Bitcoin (BTC) maintained its price above $2,000 on the Bitcoin exchange in our weekly roundups, it failed to make any significant movements this week, unlike Litecoin (LTC) and Dash (DASH). 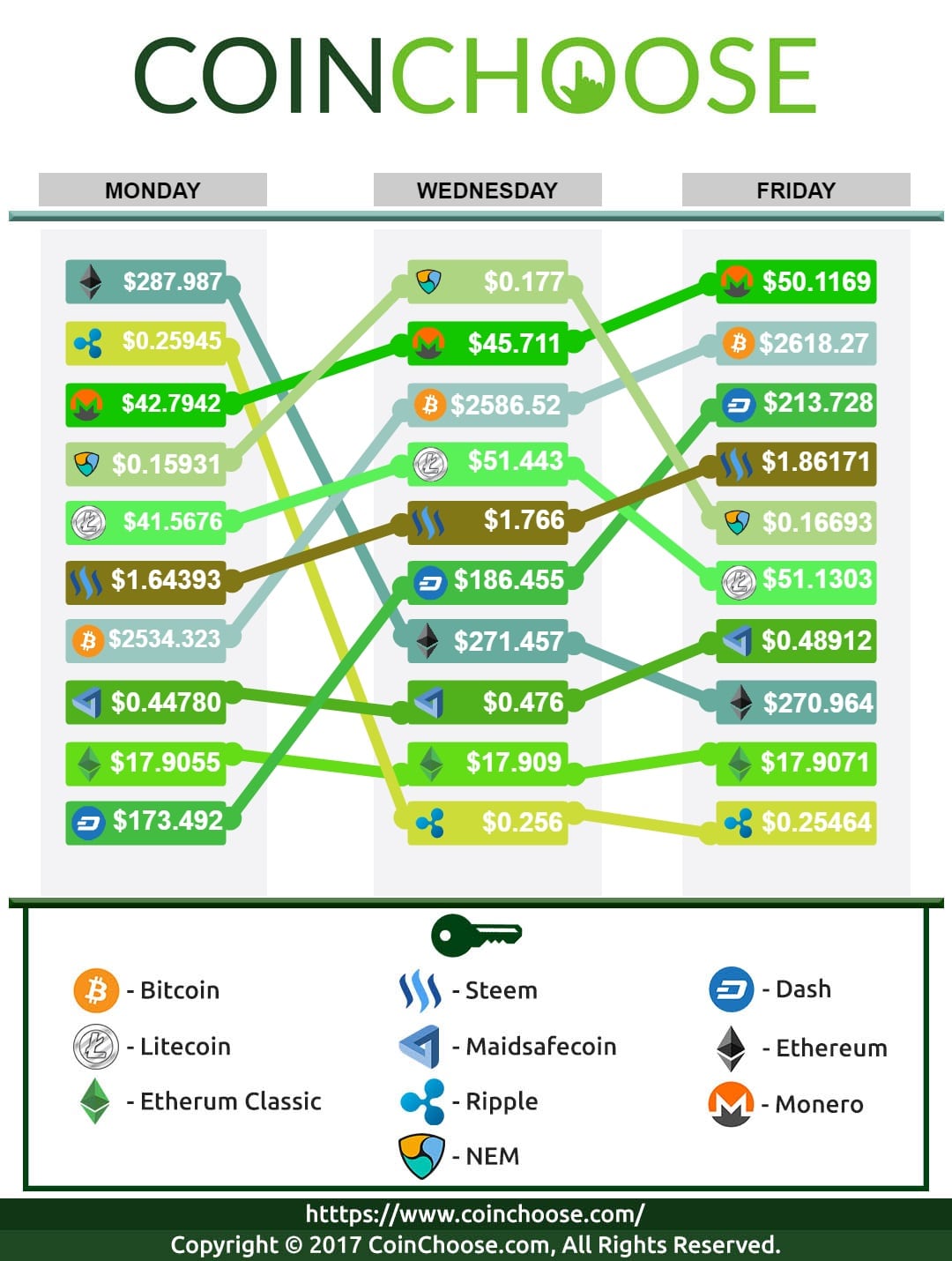 Litecoin had an impressive run this Crypto Exchange July WK1 2017 as its price jumped by 24 percent from Monday to Wednesday, reaching the $50 mark. Litecoin exchange platforms recorded it to have over $51 in value, which could be the highest to date for Litecoin. Joining Litecoin in this spike is Dash, which reached on Friday a little over $213. It was back in May when Dash broke past the $100 mark but it was only this week that it peaked at over $200.

Meanwhile, Ethereum (ETH) continued its rather dismal performance, sliding down to approximately $271. While the Ethereum exchange prices traded close to $300, the crypto currency remained unstable on the market throughout the week. Ethereum Classic (ETC), on another hand, stayed on the same level for the entire Crypto Exchange July WK1 2017.