The altcoin with the biggest decrease is Bitcoin Cash while the Ripple received biggest increase for the third week of Crypto Exchange January 2018.

Just like what happened in last week’s crypto price movements, the cryptocurrencies are still in the red from Monday to Wednesday in Crypto Exchange January WK3 2018. Bitcoin exchanges still showed the continuous decrease of Bitcoin (BTC). From the coin’s previous week’s price of US$13,316.80, it settled at US$11,249.30 on Friday morning. 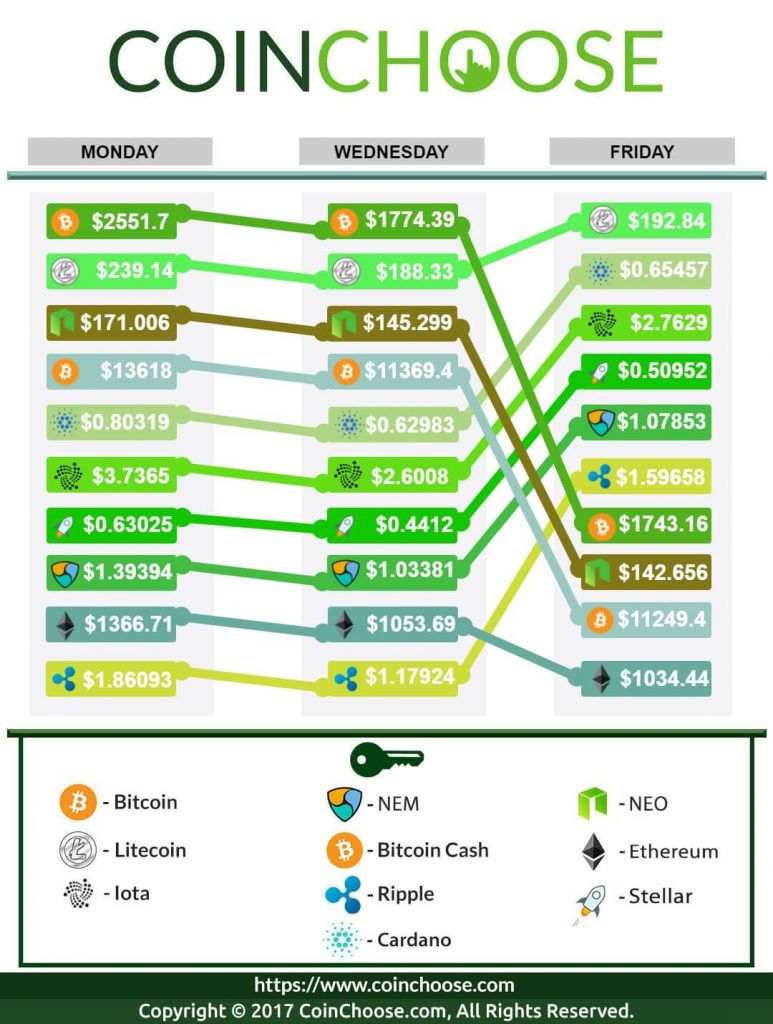 The same story happened with Ethereum (ETH), Bitcoin Cash (BCH), and NEO (NEO), which replaced TRON (TRX) in this week’s top 10 list. Ethereum entered this week with US$1,366.71 but only encountered decreases as the days passed by. Throughout the week, the altcoin dropped by as much as US$333. The altcoin with the greatest drop among the three coins was Bitcoin Cash with 0.31 percent.

Meanwhile, there are altcoins that were able to increase by Friday—Ripple (XRP), Litecoin (LTC), NEM (NEM), IOTA (IOT), Cardano (ADA), and Stellar (XLM). These coins experienced drops on Monday to Wednesday but regained momentum on Friday. The altcoin with the greatest jump was Ripple with an increase of 0.35 percent followed by Stellar with 0.15 percent.

The continuous falls of the cryptocurrencies begin to worry the blockchain community. But for those who plan to invest in these coins, this could be the perfect time to do so.