The price of Bitcoin is now below US$10,000 as the rest of the prices of the top 10 cryptocurrencies dropped on Friday. Find out what happened here.

The numbers are in the red as the prices of crypto coins slid down this week. Bitcoin (BTC) hit below US$10,000 on Friday. The BTC price, along with that of NEO (NEO) and Litecoin (LTC), struggled to get back on track from Monday to Wednesday and failed to recover by Friday. Explore the factors behind the price movement in this crypto exchange February WK3 2018 roundup. 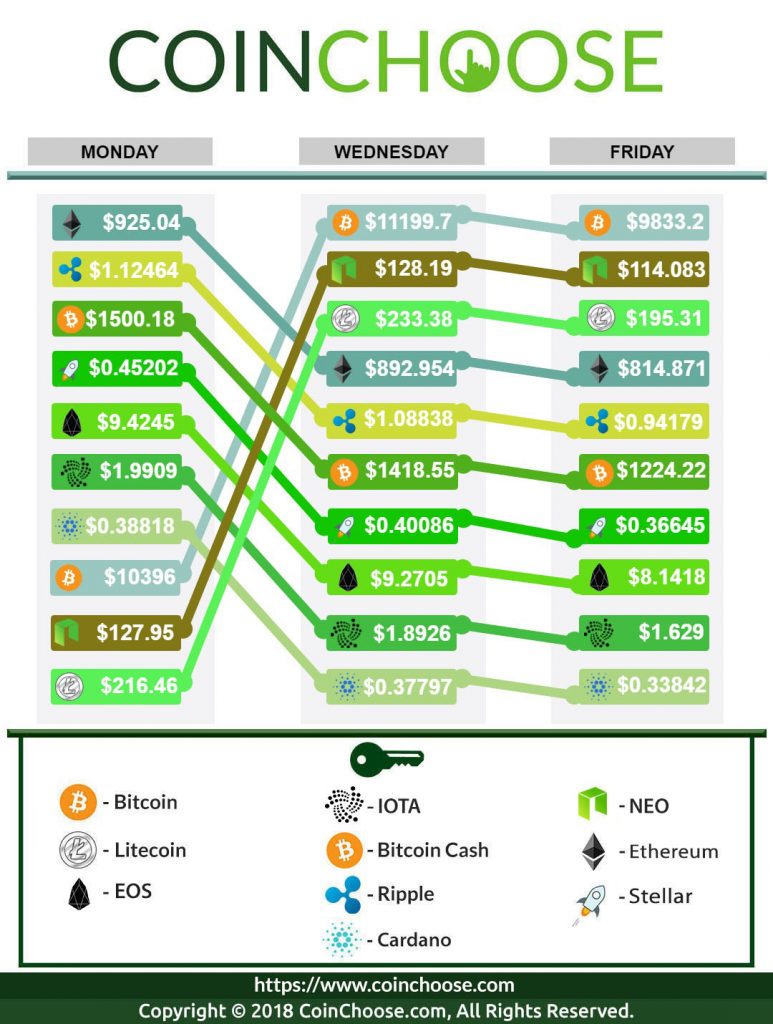 Since the start of 2018, Bitcoin price has been far from the US$20,000 price point it nearly surpassed in Q4 2017.  The increasing number of South Koreans buying bitcoins helped Bitcoin recover albeit slowly, registering a small percentage increase by Wednesday. Its price, however, dropped once again because of the fraud issue on BitFunder. The Securities and Exchange Commission found out that BitFunder defrauded its customers and charged the exchange and its founder for operating an unregistered securities exchange.

The incident propelled users to question the security of Bitcoin exchanges and cryptocurrencies. This might have negatively affected the price movements of some altcoins like Ethereum (ETH), Ripple (XRP), and Bitcoin Cash (BCH), among others.

Similarly, a hacker called “DevOps199” locked roughly US$150 million worth of ETH. This caused Ethereum users to doubt the safety of the Ethereum network. This may have played a role in the decreased value of ETH on the market. Meanwhile, IOTA (IOTA) dropped by a total of 0.18 percent for the whole week because of unsavory news revolving around the altcoin’s system. There has been a silent war between IOTA users and those who believe that the IOTA network is not a decentralized system.

NEO users, on the other hand, still expect more from the NEO price, especially now that there are new crypto exchanges supporting NEO, like Upbit. Meanwhile, Litecoin’s price has a chance to perform better now that Litecoin Cash is already out on the market.