For the first week of Crypto Exchange February, Litecoin and NEO performed better with their notable price increase, beating Bitcoin and Bitcoin Cash.

NEO (NEO) and Litecoin (LTC) outperformed other cryptocurrencies as these two remained stable on their way up the price chart. NEO started Crypto Exchange February WK1 2018 with US$102.62 and its price increased by 0.04 percent on Wednesday. A 0.05-percent jump by Friday morning followed. Litecoin, on the other hand, started with a price of US$141.58 and reached US$149.4 on Friday. 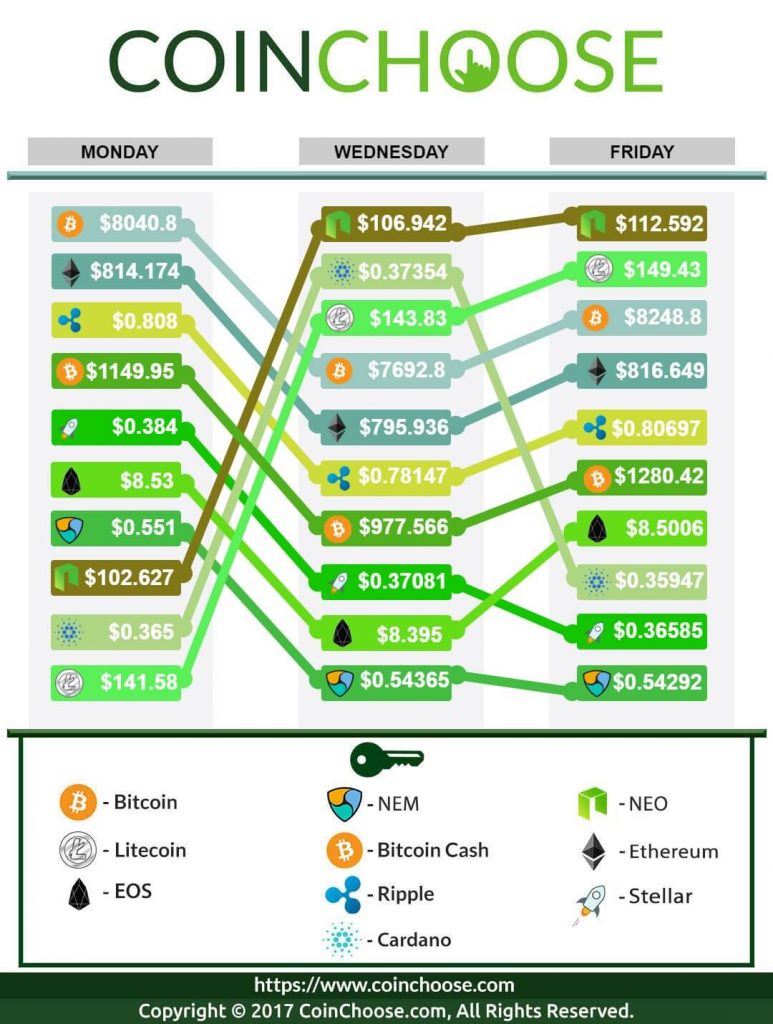 While the prices of NEO and Litecoin increased throughout the week, those of NEM (NEM) and Stellar (XLM) flunked. The NEM price fell by 0.01 percent from Monday to Wednesday, and it continued downhill until Friday. The same happened with the price of Stellar. From its Monday price of US$0.384, it hit US$0.36 four days after.

Just like the rest of the cryptocoins, Bitcoin (BTC) was slowly going back to its game. Its price already went below the US$10,000 mark, but crypto exchanges are still hopeful that the price can go higher next week than its Friday price of US$8,248. Meanwhile, the price of Cardano (ADA) increased on Monday to Wednesday. But the momentum did not last because the price fell by 0.03 percent.