Only Ripple's price increased in crypto exchanges in week 4 of December 2017. The rest of the coins tried to follow Ripple’s lead but all failed by Friday.

Ripple (XRP) continued to amaze everyone with its stable growth since last week. For Crypto Exchange December WK4 2017, Ripple kept its momentum as the only cryptocurrency that improved for the whole week. It started with $1.065 and opened Friday with a 0.34-percent increase. 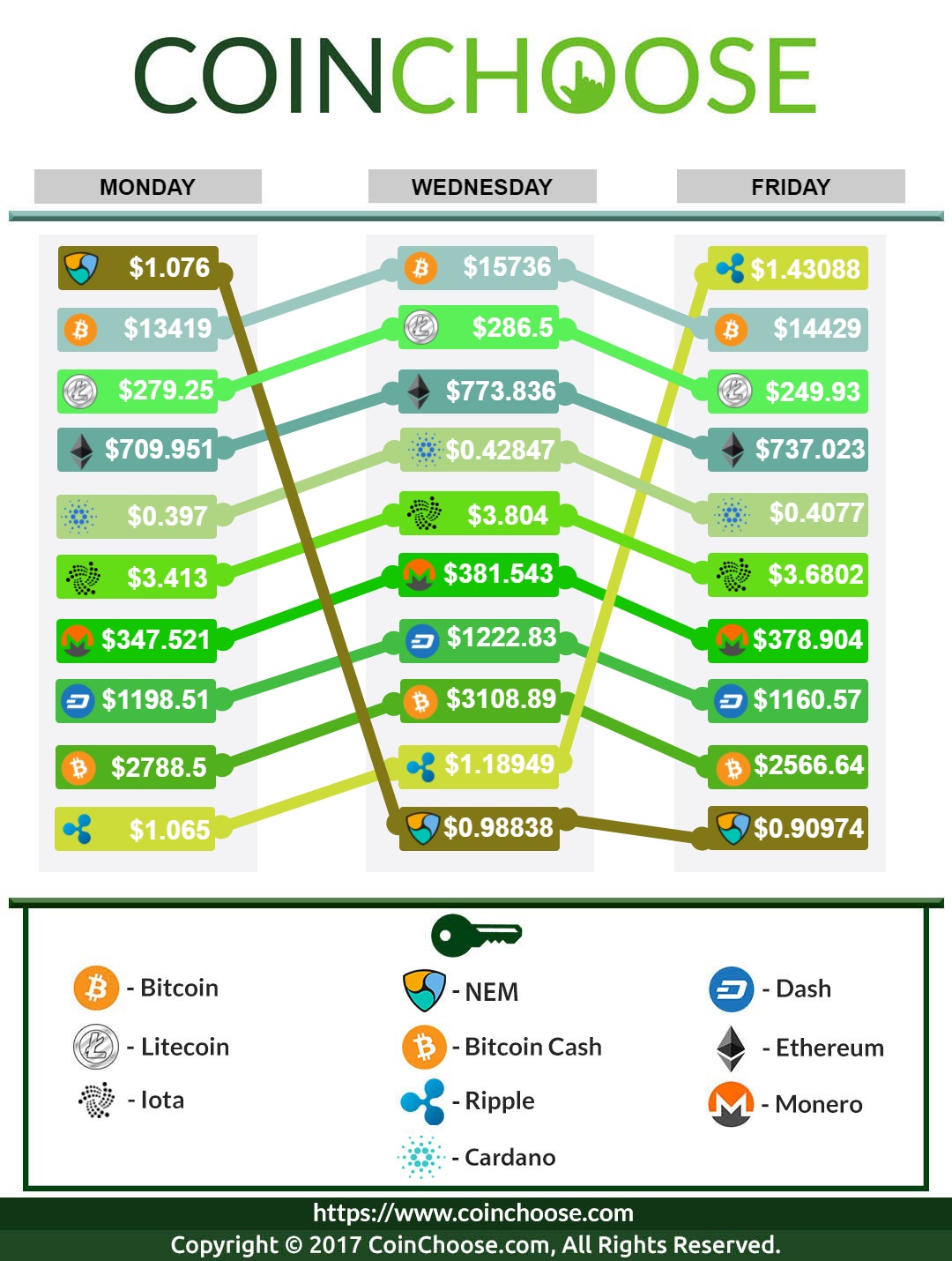 NEM’s (NEM) movement is the total opposite of Ripple’s. Instead of a steady movement upward, the altcoin went for a different direction. From its price of $1.076 on Monday, it reached $0.909 come Friday.

The rest of the altcoins—Ethereum (ETH), Bitcoin Cash (BCH), Litecoin (LTC), Cardano (ADA), IOTA (IOT), Dash (DASH), and Monero (XMR)—entered the last week of December with increases. Unfortunately, crypto exchanges showed that none of these altcoins were able to keep their good performance. Among these crypto coins, Bitcoin Cash experienced the biggest drop on Friday. It was doing great with its Wednesday price of $3,108 but it dropped to $2,566.64 in Friday morning.

Bitcoin (BTC) tried regaining its growth this week, but failed to start Friday with a higher price after plunging by 0.08 percent. Bitcoin exchanges showed that from Monday to Wednesday, Bitcoin increased by 0.17 percent. With the remaining days left for 2017, the blockchain community is still hoping for a development from this cryptocurrency.