For Crypto Exchange August WK3 2017, Bitcoin continues trading above $4,000 but Ripple and Monero made a huge jump in the crypto exchange early this week.

Crypto Exchange August WK3 2017 still sees Bitcoin (BTC) above the $4,000 level, but the weekly roundups show that Bitcoin does not own the spotlight this time around. Instead, the crypto exchange gives focus on the huge rise of both Ripple (XRP) and Monero (XMR) early this week. 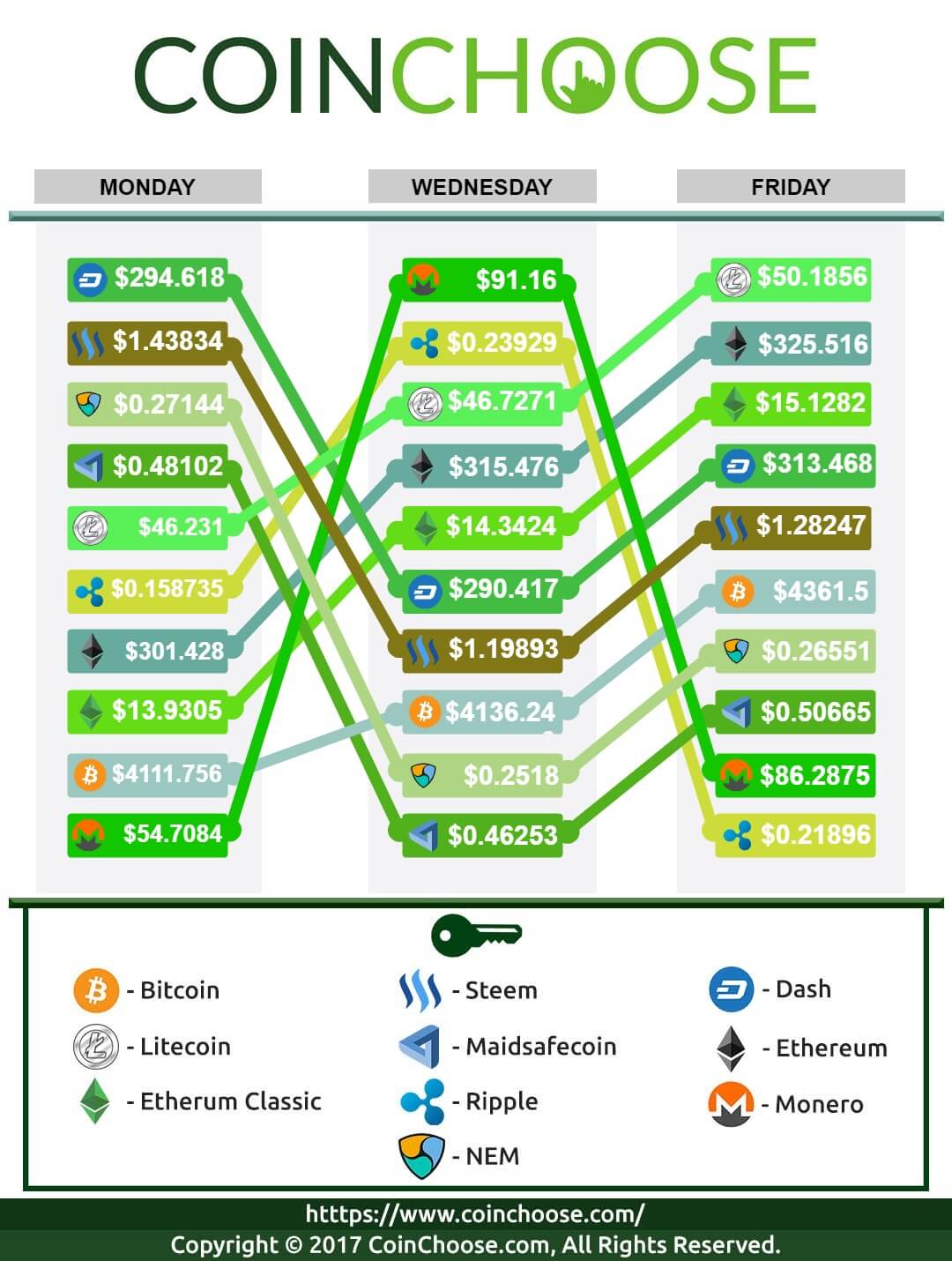 Ripple hit a 51-percent increase from its Monday price to open at $0.239 on Wednesday morning in Crypto Exchange August WK3 2017. It failed to maintain this momentum, however, as its priced plunged by eight percent. The same scenario happened to Monero in the same week. Monero increased by 67 percent but dropped five percent come Friday.

Monero and Ripple clearly outperformed Bitcoin in Crypto Exchange August WK3 2017 and rightfully deserves to be called the biggest gainers. But Bitcoin continues to show stamina as it resists to go below $4,000 in the Bitcoin exchange. In fact, Bitcoin’s movement shows a steady growth, which can also be said for Ethereum (ETH). The Ethereum exchange price is positioned above $300, which is already impressive given that it had trouble breaking past that level in the previous weeks.

Ethereum Classic (ETC) and Litecoin (LTC) also did well in Crypto Exchange August WK3 2017 as they managed to resist dropping by a significant rate all throughout the week.