For Crypto Exchange August WK1 2017, Bitcoin and NEM soared high, becoming the only two crypto currencies to sustain positive growth for the week.

Crypto Exchange August WK1 2017 proved to be great for only two crypto currencies, and the weekly roundups give the spotlight to Bitcoin (BTC) and NEM (NEM). As these two registered positive movements in crypto exchange sites all throughout the week, it became evident that the other eight altcoins opened Friday in the negative. 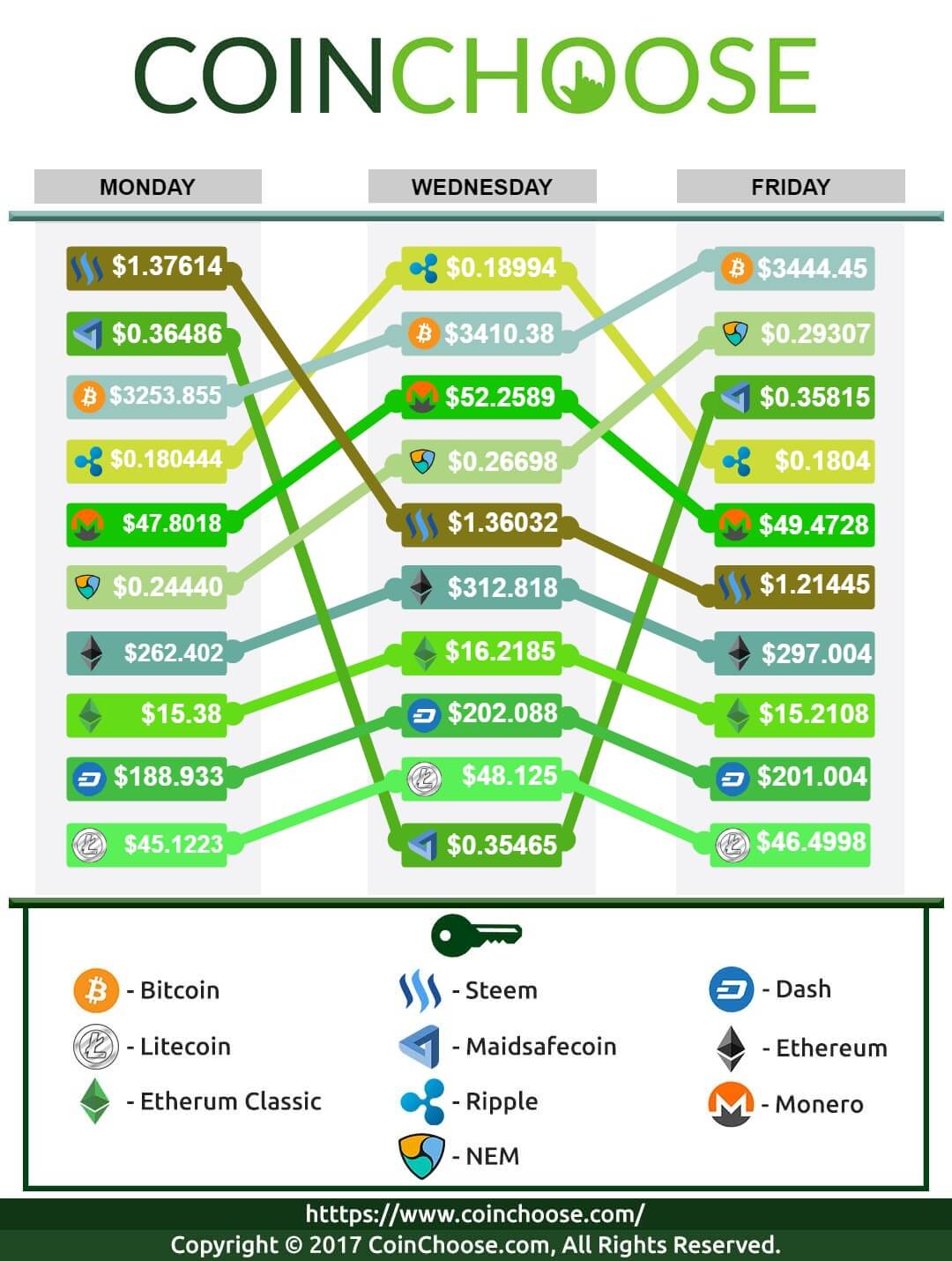 Bitcoin continued to soar in the Bitcoin exchange as it broke past the $3,400 mark on Friday. It opened Crypto Exchange August WK1 2017 at roughly $3,250, after which it increased by almost five percent. Meanwhile, NEM jumped by almost 20 percent from the Monday price. This makes it a strong altcoin for this week.

Directly opposite to the Bitcoin’s and NEM’s movement, however, was Steem (STEEM). In Crypto Exchange August WK1 2017, its price continued to plunge, dropping by more than 10 percent from its Monday price. This also makes Steem the biggest loser for this week.

On another note, seven other altcoins experienced a price growth in the first half of Crypto Exchange August WK1 2017 but watched their price dip toward Friday. This list includes Ethereum (ETH) whose price in the Ethereum exchange peaked at $312 before dropping to $297. Ripple (XRP), Litecoin (LTC), and Monero (XMR) are some of the altcoins that ended the week in the negative.