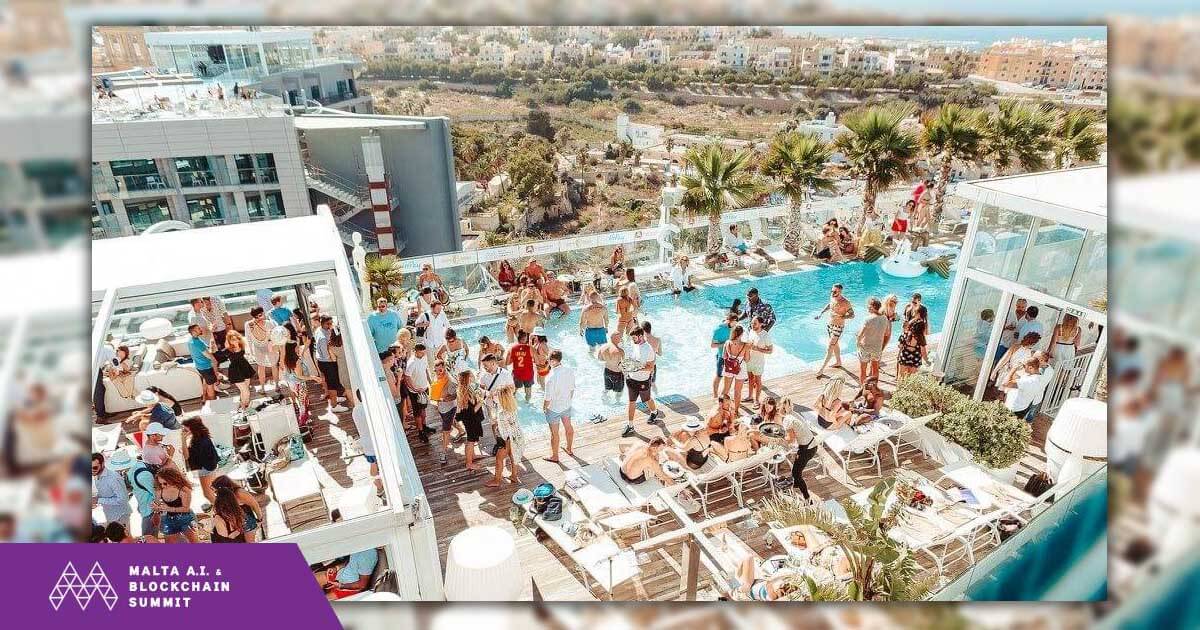 The AIBC will have the exclusive "Proof of Steak" pool party that will take place on 25 May at the Sky Beach infinity pool at InterContinental.

The second edition of the Malta AI & Blockchain Summit (AIBC) is wrapping things up for a stellar show just two weeks away, on May 22-25. The show is expected to draw a whopping 5000 delegates, 700 investors, 300 exhibitors and 100 startups to convene for a grand extravaganza at the Hilton in St Julian’s, Malta.

“We are moving beyond the hype by discussing not only Blockchain but also A.I., Quantum Tech, Big Data, and IoT this year. Wining and dining in the company of fellow industry executives goes a long way. I strongly believe that business is not made between companies, it is made between people. With the Malta A.I. & Blockchain Summit at the Hilton inching every closer, we’ve gathered an impressive crowd of A.I. and Blockchain industry leaders that will make for an epic summit of networking nirvana.”

For delegates to wind down after the conferences, the AIBC is now announcing an exclusive pool party that is taking place on the 25th of May. It is highlighted as one of the most exclusive events of the summer where premium guests will enjoy an exceptional venue with outstanding food and free-flowing drinks while networking with the crème de la crème of the industry in a relaxed atmosphere.

The pool party is being held under the heading ‘Proof of Steak’ and is taking place for the second time following the successful pool party held in 2018 with bitcoin billionaire investor Olaf Carlson-Wee as the guest of honour. Proof of Steak is sponsored by United Remote and Intergiro and will take place at the Sky Beach infinity pool at InterContinental. Tickets for the pool party are purchased on the event website.

Blockchain and A.I. luminaries alike have a wide selection of cherries to pick from in the comprehensive agenda prepared by the AIBC, comprising of six conferences and a myriad of specialised workshops. The conferences include the topics A.I. & Blockchain Regulation; A.I. Startup Pitch Battle; World Changing Applications of AI & BC; A.I., IOT & Big Data; ICO/STO Pitch Battle, as well as a conference dedicated to Blockchain Investments & Digital Money.

To support startups within AI, Blockchain, Quantum Tech, Big Data and IoT, the AIBC has invited no less than 100 startups to claim a booth on the expo free of charge, giving them access to 700 attending investors.

Delegates for the spring edition of the summit can enjoy a lavish VIP dinner, networking drinks in the midst of the warm Mediterranean spring, a Startup Pitch and STO Battle, 12 workshops and 6 conferences. Although the main conferences are taking place 23-24th of May, delegates are advised to block their calendars for 22nd-25th due to all extra events that the AIBC is hosting. The Malta AI & Blockchain Summit is a landmark event that nobody in the field can afford to miss.