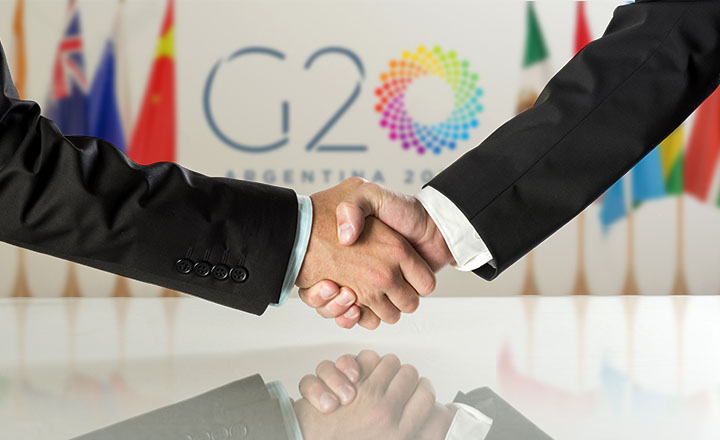 Crypto users might face taxes and rules in the future after G20 leaders revealed plans of regulating cryptos to fight money laundering, among other reasons.

World leaders are going to look into the potential regulation and taxation of cryptocurrencies and other related instruments, they declared.

Released during the G20 Summit Argentina 2018, the G20 Leaders’ declaration on “Building consensus for fair and sustainable development” revealed that the participating countries have agreed to regulate crypto-assets as part of their fight against money laundering and financial terrorism.

G20 is a yearly international meeting of government heads and central bank governors from 20 countries, including the United States, South Korea, France, and the United Kingdom.

Par of the document read:

“We look forward to continued progress on achieving resilient non-bank financial intermediation. We will step up efforts to ensure that the potential benefits of technology in the financial sector can be realized while risks are mitigated.”

Meanwhile, Japanese news outlet Jiji.com reported that the US and China are cautious about the idea of taxing electronic cross-border transactions—one of cryptos’ most-used features.

Both countries are home to some of the huge names in the information technology sector.

| Related: Can Polymath Contribute to Making 2019 the Year of STOs?