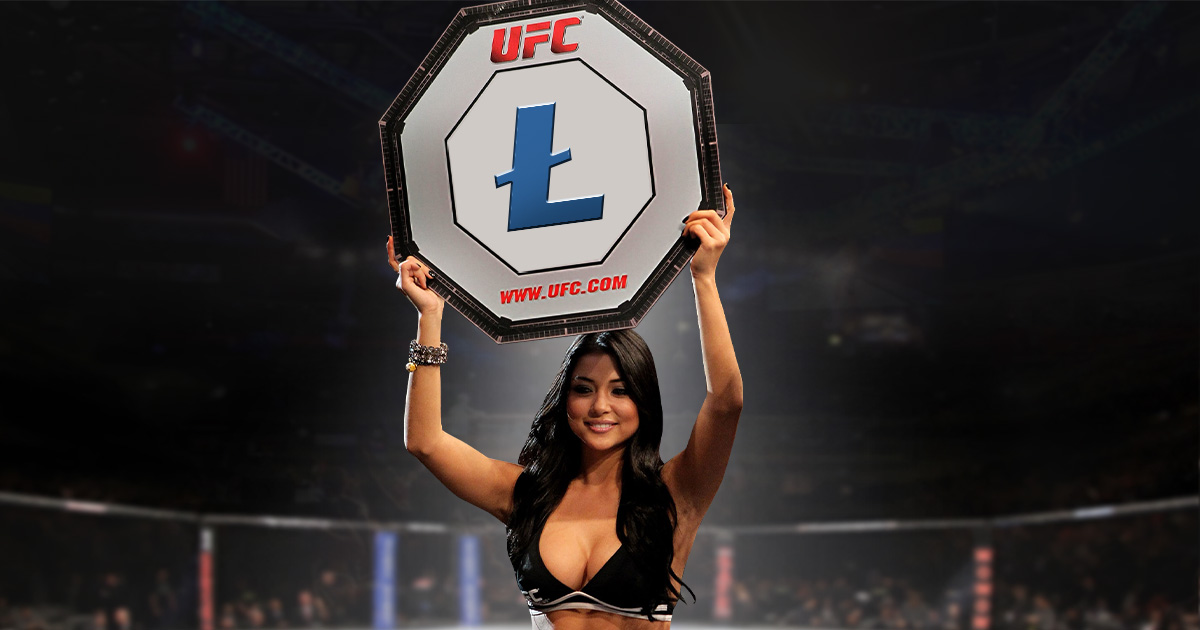 Litecoin (LTC) is revealed as the Official Cryptocurrency Partner of UFC 232: Jones vs. Gustafsson 2 on December 29, 2018 in the United States.

Cryptocurrencies have entered the world of mixed martial arts (MMA).

This December 29, crypto fans and MMA viewers alike can see the Litecoin (LTC) logo featured on the canvas inside the famous UFC Octagon.

Earlier, Litecoin was revealed as the Official Cryptocurrency Partner of UFC 232: Jones vs. Gustafsson 2 this Saturday in Southern California.

Excited to announce that the Litecoin logo will be on the canvas as the Official Cryptocurrency Partner of @UFC 232 on 12/29 in Inglewood CA! Read more: https://t.co/y4yvPWb6rj pic.twitter.com/ddML54j5GH

This is the first time a crypto has sponsored any UFC event.

The Litecoin Foundation, in its announcement, said:

“We view this sponsorship as the first step to what will hopefully be a long and fruitful relationship with UFC. We look forward to the possibility of doing something amazing things with this incredible organization.”

Many crypto enthusiasts online, including Litecoin fans, hope that the exposure during the much-awaited sporting event would bring forth new Litecoin users into the space.

Litecoin saw itself in UFC—the Ultimate Fighting Championship—once a fledgling MMA promotions company 25 years ago before becoming the best in the business thanks to its supporters.

Similarly, Litecoin has started as small coin alternative to a larger Bitcoin (BTC) in 2011. LTC has since grown larger and is currently the ninth biggest crypto with a market capitalization of US$1.8 billion.

| Related: Bitcoin Swims Below $4K Again. Will BTC Holders Ever See the Light?