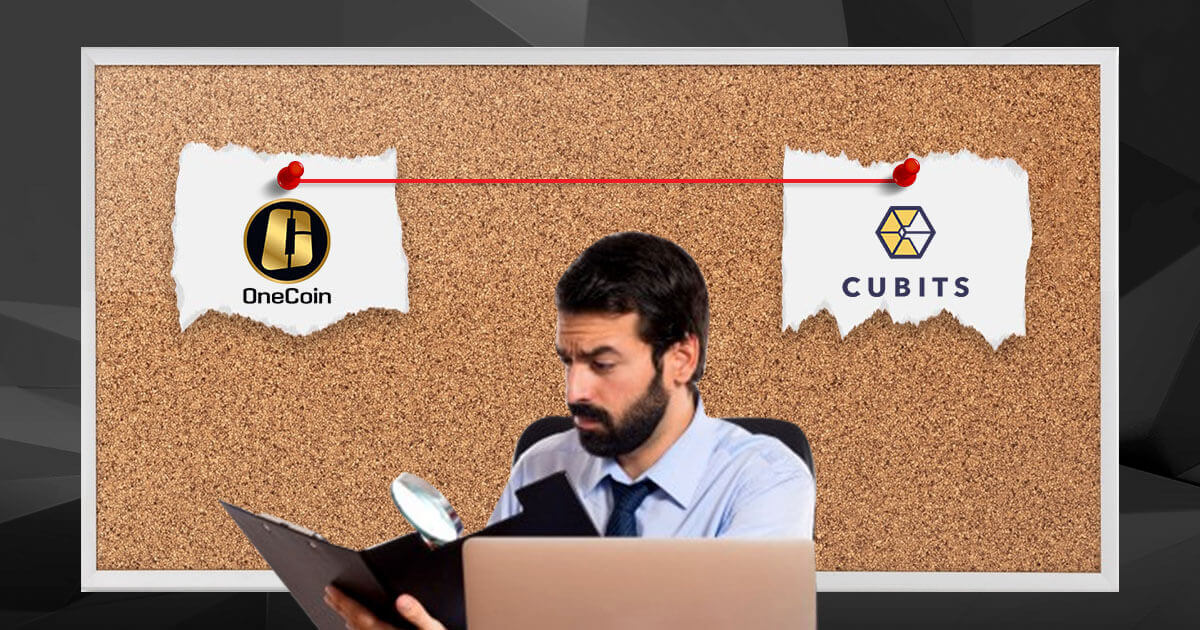 The keen-eyed cryptocurrency community found out that Cubits' current Payments Coordinator has experience in representing the Ponzi scheme OneCoin.

Many would argue that a connection to a proven fraud—no matter how thin the link is—would not help a company accused of being an exit scam.

That is one of Bitcoin payment processor Cubits’ major headaches right now.

While Cubits is accused of being a scam after shutting down without warning, curious members of the online cryptocurrency community have found a link between the embattled crypto company and the infamous OneCoin Ponzi scheme. 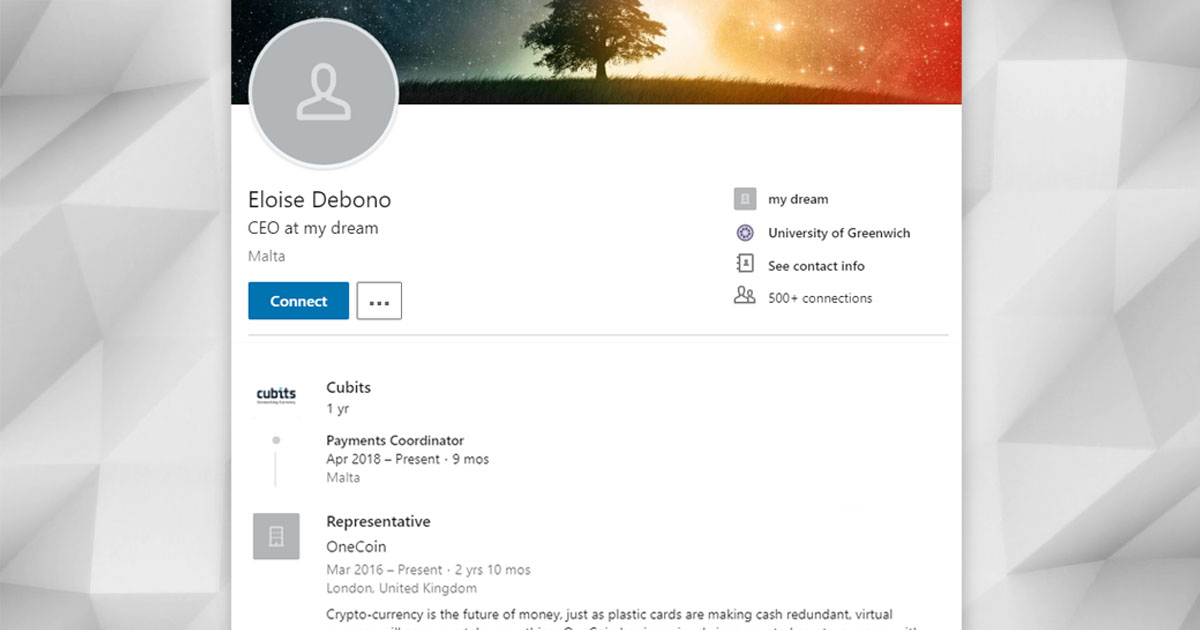 According to LinkedIn, current Cubits’ Payments Coordinator Eloise Debono has worked—or is currently working—as a representative for OneCoin. In fact, she authored an article in 2016 claiming OneCoin as the “rated #2 in the world, just behind Bitcoin.”

Disguised as a crypto, OneCoin has been declared by many government agencies in Europe as a Ponzi scheme or a pyramid scheme, with at least 90 individuals reportedly prosecuted in China alone.

“OneCoin uses one centralised exchange called OneExchange, where there is a fixed rate for buying and selling. I personally think this is more secure and less volatile.”

Meanwhile, many angry Cubits customers have used this supposed connection to accuse the Bitcoin payment processor of being a fraud.

They pointed out, for one, that both Cubits and the aforementioned OneExchange inexplicably ceased their operations, leaving their customers without control of their own funds.

Cubits has promised to write to its creditors about its current situation. However, the company has not released a statement regarding the fate of its users’ funds up to this writing