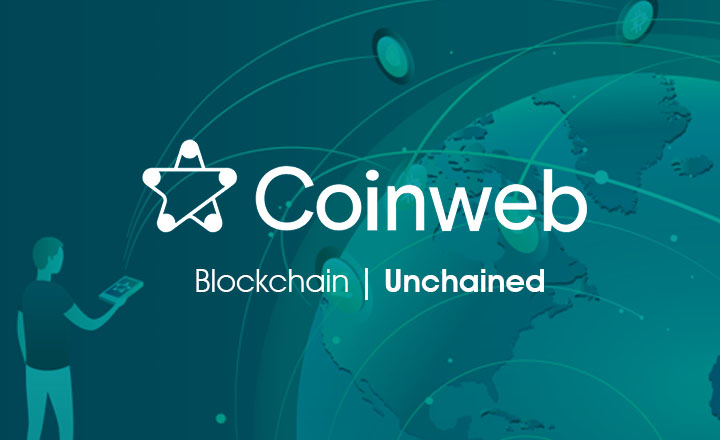 Coinweb aims to ease the handling of crypto and blockchain technology by connecting the Bitcoin (BTC), Litecoin (LTC), and Ethereum (ETH) networks together.

There are so many cryptocurrencies circulating in the market today, and most users find it difficult to navigate from one coin to the other.

Financial platform Coinweb aims to simplify blockchain transactions for everyone by connecting three of the biggest networks in the market. The startup believes that this would ultimately lead the technology to mainstream adoption.

Led by entrepreneur Toby Gilbert as CEO and software engineer Knut Vinger as chief scientist, Coinweb will sell two billion of its own native XCO tokens combined during its initial coin offering (ICO) private and public sales. The development team has capped the total number of XCO tokens to 7.68 billion, with over 2.4 billion in circulation at launch.

Technology is Too Complex

There are more than 1,500 cryptos today in circulation. Since most cryptos run on their own distinct blockchain networks, each of those coins would require their own wallets. In turn, holding multiple digital currencies would require owning several corresponding crypto wallets.

Coinweb believes that most coin owners find that difficult to maintain, as it is hard to notice a missing one wallet in a sea of wallets. In addition, Coinweb is of the opinion that the wallet’s addresses are difficult to memorize. Wallets for Bitcoin (BTC), Ethereum (ETH), and other networks have hash addresses composed of seemingly random characters.

Coinweb understands that even copying and pasting the hash address could lead to catastrophic errors. One missing or different character from the original would correspond to a distinctly different address. That would mean that only one simple mistake would send the crypto to the wrong wallet. 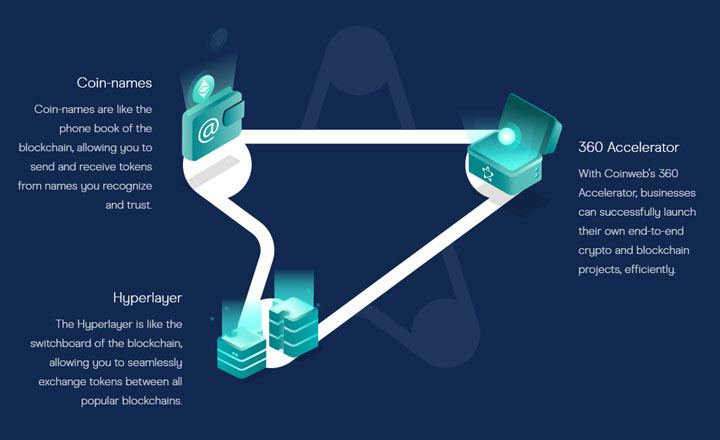 To make blockchain and cryptos user-friendly, Coinweb has developed a wallet that is compatible with Bitcoin, Ethereum, and Litecoin (LTC) networks, with more to come in the future.

Coinweb has developed a Hyperlayer that connects the three networks together. With the Hyperlayer, clients can use the XCO token and other Coinweb-compatible tokens on these different blockchains, utilizing the capabilities of the networks. In addition, the innovative feature allows users to store Bitcoin, Ether, and Litecoin into a single wallet.

Moreover, Coinweb’s Coin Name System implemented on the Hyperlayer makes remembering wallet addresses as easy as memorizing an email address. Users of Coinweb’s universal wallet can designate a username of their choice for a fee. Instead of random alphanumeric characters, customers can opt for names that are more familiar like [email protected], etc.

In addition to these services, Coinweb offers the 360 Accelerator to businesses and companies working on blockchain and crypto-related projects. These customers can launch their own crypto tokens on Coinweb’s network. The Accelerator also provides technical support, legal and regulatory advice, and whitepaper and marketing assistance, among others.

Furthermore, a Decentralized Exchange (DEX) is available for Coinweb users. The protocol handles, among other things, both buy and sell orders for XCO, user-created tokens, and Litecoin after the launch this year. Bitcoin and Ether transactions would be added later on.

Technological tools commonly used today, like smartphones, desktop PCs, and the internet were once considered niche. No matter their benefits, these technologies were difficult for most to use. Moreover, they were incompatible with one another.

Tweaks to resolve these problems helped push these technologies to a wider audience, especially the common folks.

Many, including Coinweb, consider blockchain technology as an innovation that could bring a huge help to the future generations. Yet, most of the networks in the scene are detached from one another.

Coinweb believes that it could simplify the use of blockchain through its platform. The success of its approach could eventually mean the entry of blockchain-based products and services into the mainstream audience. This could also make the aforementioned services be as common necessities as PCs and smartphones of today.