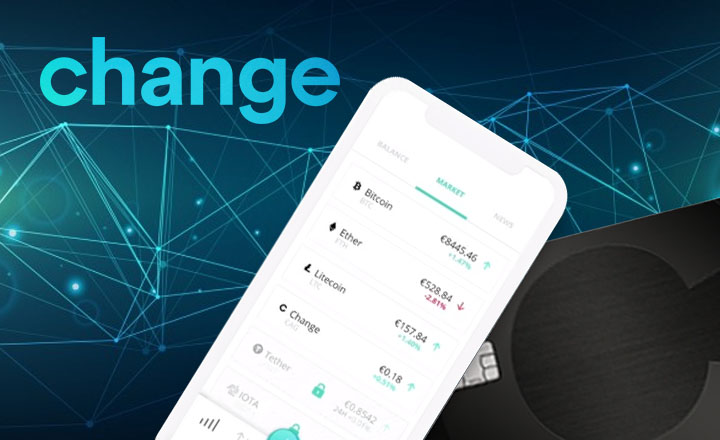 Change is an Estonia-based company aiming to lead the revolution spurred by cryptos toward decentralization and transparency of financial services.

Change is an Estonia-based company founded to lead the revolution toward decentralization of financial services and transparency of transactions.

Established in Singapore in 2016, the FinTech company in its early days has raised US$200,000 from angel investors and US$17.5 million from its initial coin offering (ICO). Since then, Change has used these funds to reach its ultimate goal of becoming one of the leading banks in the world.

According to Change, transacting with traditional banks pose difficulties that have inconvenienced customers for a long time.

The company believes that banks continue to rely on outdated technology and processes in delivering their services. For instance, money transfer through most banks takes days to complete. In addition, clients using multiple fiat currencies encounter sluggish conversion times and poor exchange rates because of concealed charges.

Meanwhile, these banks overcomplicate tasks that could have been made simpler. Moreover, most transactions involving banks incur fees, including those that are kept away from the customer’s knowledge.

Change believes that the use of cryptos would solve most of these problems. However, most banks have stayed away from digital currencies and continued to disregard their advantages.

Through its services, Change aims to solve the problems customers have with traditional banks 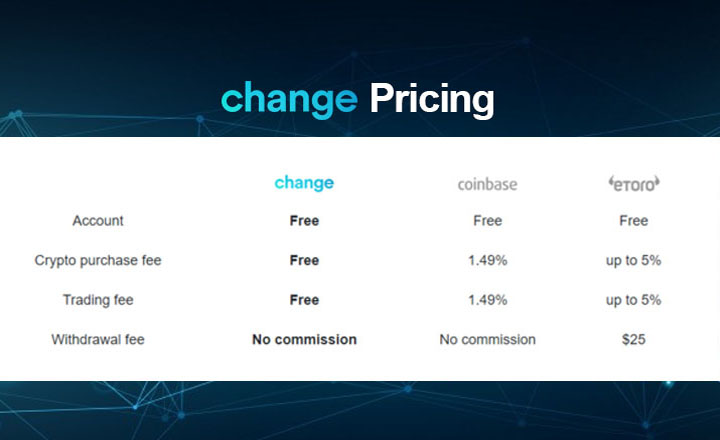 Change believes that crypto holders should be able to conduct deals without paying charges. That is why the company’s mobile-first crypto wallet charges no fees for any transaction made.

Other companies such as Coinbase and eToro charge a percentage for every purchase and trade of cryptos. With Change Wallet, users can buy and exchange digital currencies for free.

The company also takes pride in Change Wallet’s user interface, which has a simple background and no unnecessary graphics. However, the crypto wallet is only available to users in countries inside the European Economic Area.

Change’s whitepaper shows the development of more products to arrive in the future. One of them is the Change Card, which is a physical debit card that can store different currencies. Customers can use the card to make purchases and withdrawals in one of the many supported currencies.

Change hopes to become one of the leading figures in the Fintech revolution spurred by the rise of cryptos.

With the new technology, it is now feasible for customers to send money to and from anywhere in the world without incurring any fees. This could not have been possible in today’s traditional banks.

Because of the decentralization and transparency provided by blockchain networks, Change can bring customers closer to their funds. In addition, cryptos and blockchain technology allow some complicated banking services to be simplified and to be aggregated into one platform.

Should Change be successful in its endeavors, people can look forward to conducting quicker and easier financial transactions.