After a Total Ban, Some Crypto Ads to be Back on Facebook

Home » News » After a Total Ban, Some Crypto Ads to be Back on Facebook 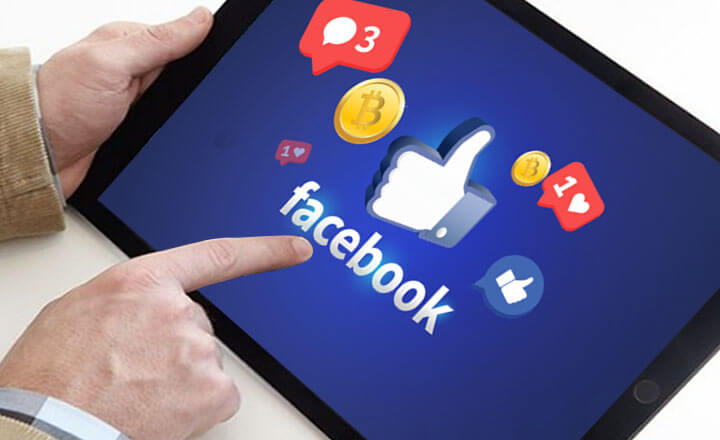 The Facebook crypto ad ban will receive a rework.

The social networking site has announced that it will alter parts of the site’s ad policy that bans cryptocurrency-related advertisements from appearing on the site. Following on its promise that the team “will revisit this policy and how we enforce it as our signals improve,” Facebook will allow some crypto ads to appear on the site.  From June 26 onwards, users might encounter crypto ads only from advertisers screened by Facebook itself.

“In the last few months, we’ve looked at the best way to refine this policy—to allow some ads while also working to ensure that they’re safe. So starting June 26, we’ll be updating our policy to allow ads… and related content from pre-approved advertisers. But we’ll continue to prohibit ads that promote binary options and initial coin offerings.”

Earlier this year, Facebook updated its policy to protect its users from falling for crypto scams by prohibiting any crypto-related ad from appearing on the site. The blanket ban—announced last January—was a reaction to the increasing number misleading ads taking advantage of the cryptocurrency hype. People were crazy about crypto when in the duration of November 2017 to January 2018, Bitcoin—the largest digital currency based on market capitalization—rose in valuation by around 100 percent to US$19,000.

Facebook stressed that users should be able to browse through different ads promoting services and products without the fear of being scammed. The site urges its users to report malicious ads, and other similar content, using the Facebook’s Report function.

Bing, a Microsoft-owned search engine, also started to enforce a similar ban this June to protect its users from scams, according to Advertiser Policy Manager Melissa Alsoszatai-Petheo. She added that virtual currencies and related products, because they are unregulated, pose a greater threat to their consumers.

Companies saw the prohibition of virtual currency ads as the solution at the time when the mania reached the mainstream. Fraudsters flocked to the scene and exploited an exuberant market—most without prior knowledge of investing whatsoever—willing to join the Bitcoin hype train at all costs.

While the bans were enforced to stop scammers, major players in the crypto industry argued that blanket bans harm legitimate businesses as well. Digital banking alternative Revolut’s Ed Cooper noted that a blanket ban does not discriminate whether the ad is honest or malicious.

“A more targeted approach would definitely be preferable: it would seem heavy-handed for example to put a blanket ban on all ads for job postings, anti-virus software or charities just because ads for these products and service are also used sometimes as an entry point by scammers to target consumers.”

Anthony Cuthbertson from the British media outlet The Independent pointed out that a blanket ban does not necessarily work as effectively as intended. He wrote that advertisers could avoid automated censors by simply replacing restricted words with synonyms or words that are visually similar. The article gave an example in which the abbreviation c-currency replaces the word cryptocurrency. In addition, the letter O in Bitcoin can be replaced by the number zero (0).

Until there is a sure-fire way to surgically pick out scams from a sea of cryptocurrency ads, analysts and enthusiasts urge people to apply caution and vigilance while browsing these aforementioned sites.