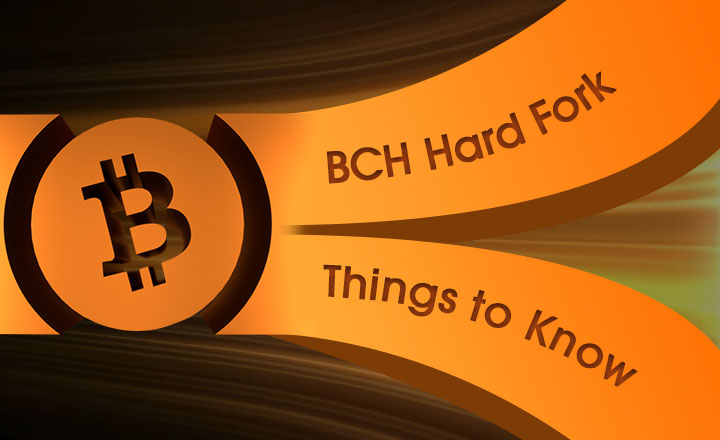 Bitcoin Cash is in danger of splitting when it performs its scheduled upgrade on November 15. Here are the significant points to know about this hard fork.

The attention of the entire cryptocurrency community is currently on the upcoming Bitcoin Cash (BCH) hard fork. What was supposed to be a scheduled implementation of upgrades has turned into potentially a defining point in the future of the digital coin.

Here are some key details to keep those unaware of the circumstances surrounding the BCH hard fork up to date.

The controversial BCH hard fork is scheduled for Thursday, November 15, 2018, exactly six months after a different protocol upgrade earlier in May.

The developers behind BCH decided to upgrade the network protocol every half a year, during May and November of a year. Since BCH forked from Bitcoin (BTC) in August 2017, the coin’s network undertook two upgrades.

The past two hard forks went smoothly as consensus was achieved among BCH miners. However, with miners torn between two groups of BCH developers fighting against each other over the direction the coin should take, this upgrade could not go as well as before.

4| nChain Wants BCH Back on Track…

5| … Through a New Bitcoin SV Node

This part of the debate aims to bring back BCH close to the original Bitcoin protocol through nChain’s Bitcoin SV—Satoshi’s Vision. This node will reactivate a number of Satoshi’s original operational codes and remove the op code limit, as well as increase the maximum BCH block size to 128 MB.

However, Bitcoin ABC—the developer of the leading full node implementation on the BCH network—disagrees with nChain. This development team believes that it would be beneficial for BCH to adopt changes not present in the original Bitcoin protocol.

Bitcoin ABC’s node will implement different changes from Bitcoin SV. For one, it would activate a different set of op codes. In addition, changes in Bitcoin ABC would pave way for the eventual introduction of smart contract capabilities and network scaling, among others.

Because the proposed changes of the two aforementioned nodes are irreconcilable, the BCH blockchain is in danger of splitting into two. One would be using the Bitcoin SV node, while the other, Bitcoin ABC.

Like in usual blockchain splits, each BCH could be cloned into two variants of the then-same coin. Many have called the coin emerging from the Bitcoin SV-supported chain as BSV, or Bitcoin Cash SV. However, nChain supporters maintain that the SV chain will generate the legitimate BCH, not the ABC chain.

2. #BitcoinSV will not create a new coin. Miners using BitcoinSV will mine with majority hash on the honest chain. And ultimately, exchanges follow money, money follows intrinsic value; value that is brought through BitcoinSV – a secure, stable, scalable #BCH implementation.

According to data from November 7 provided by block observing site CoinDance, Bitcoin ABC nodes dominate the number of nodes on the BCH network by more than half of the entire pool. Meanwhile, Bitcoin SV nodes contribute only six percent. However, many crypto observers do not expect this disparity to remain after the fork.

A thank you to all those miners supporting SV and having joined SV pool to maintain Bitcoin as it was. pic.twitter.com/wmEf4TRiat

A number of exchanges have promised support for the BSV that could emerge from the upcoming hard fork. Coinbase, for one, promised that its customers would have access to the funds from the main chain and the forked chain. Meanwhile, Binance—together with Coinbase—will suspend deposits and transactions before the fork.

The arguments between the two different factions have divided the Bitcoin Cash community for months. Supporters of both sides have continued to sling dirt to each other online. Meanwhile, neutrals are still not sure which between the two competing nodes will come out on top.

13| BCH Should Be Stored on Wallets

Many crypto analysts advised BCH holders to store their digital coins on either hard or soft crypto wallets before the hard fork takes place. Some compatible wallets include Edge, Coinbase, Coinomi, and Bitcoin.com, among others.

14| Ledger to Suspend BCH After Fork

However, Ledger warned its customers that BCH-related services on its wallets will be suspended during the hard fork. The crypto wallet company explained that the uncertainty of BCH’s future is the main reason behind the decision.

Days before the scheduled hard fork, the price of BCH increased. As of November 7, BCH was trading at US$617.44 against the US dollar, 46.5 and 18.65 percent higher than the value at seven days and 30 days ago, respectively.