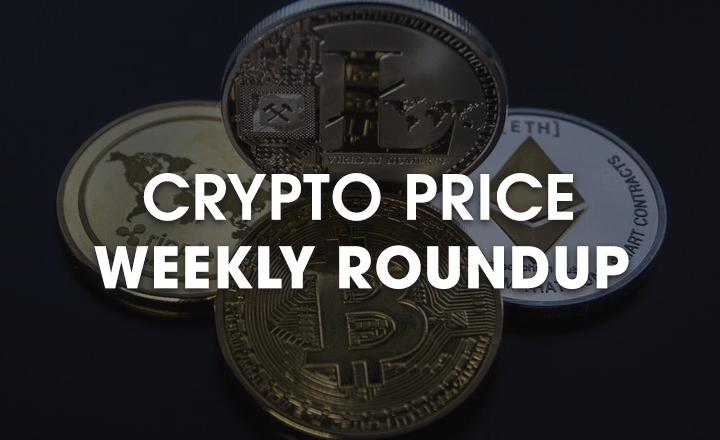 The bears have proved too strong for the bulls this week. Most cryptocurrency prices were steadily increasing at the start of the week. However, reports about a large investment bank pulling out of crypto trading have plunged the market, erasing all earnings this week and taking more. Look back at the crypto market from September 3 to 7 in this Crypto Exchange September WK1 2018 Roundup.

Crypto prices this week suffered huge losses just to end a three-week bull run. Most digital currencies on the market climbed slowly but surely to higher values since mid-August.

However, a sudden drop in prices from September 5 to September 6 stopped the run. In less than 24 hours, the crypto market almost lost all of the gains it earned for the last three weeks.

The global crypto market capitalization last August 14 was recorded at US$191.47 billion. This figure increased to reach a three-week peak of US$240 billion on September 5. The drop left the total market cap at US$200.4 billion, losing more than US$40 billion in one day.

After the sudden decline, most crypto prices have started to move sideways again.

A significant number of enthusiasts online attributed the sharp decline of prices to news suggesting the decision of investment bank and financial services company Goldman Sachs to delay its crypto trading desk.

Business Insider reported that Goldman Sachs has sidelined its plan to open a crypto trading desk as the regulation in the space remains unclear. The company has reportedly moved the plan for later consideration and has focused instead on crypto custody and other crypto projects.

“In response to client interest in various digital products we are exploring how best to serve them in the space. At this point, we have not reached a conclusion on the scope of our digital asset offering.”

However, a top executive has dismissed the reports as “fake news.”

Goldman CFO responds to the report that took down bitcoin $BTC pic.twitter.com/oKXWvG7XOu

Goldman Sachs Chief Financial Officer Martin Chavez has denied that the company abandoned the idea of opening a crypto trading desk. However, he clarified that Goldman Sachs has no specified timetable for its crypto projects. 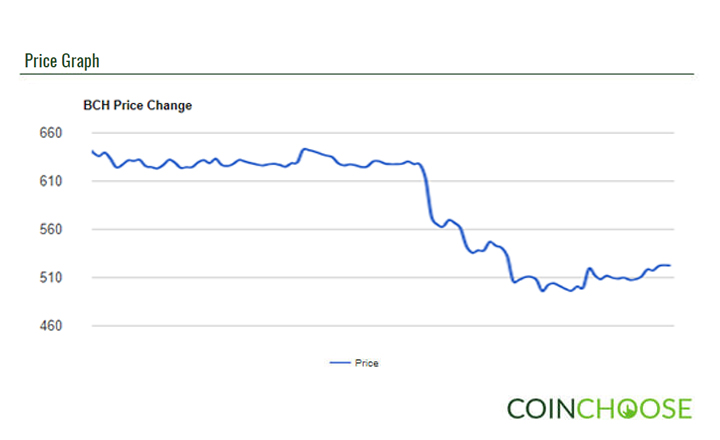 Bitcoin Cash (BCH), the fourth-biggest crypto on the market, started the week strong. Riding on a price boost of around US$97 on September 1 and 2, the altcoin opened September 3 at US$648.33. The price remained steady for days and hovered around the US$630 level.

At the same time, Bitcoin Cash lost around US$2 billion in market cap, from US$10.6 billion to US$8.68 billion.

As of September 7, the crypto regained some of the lost value and traded at US$524.74.

Meanwhile, a blockchain technology executive has expressed fears regarding the security of the Bitcoin Cash network.

Warren Togami, vice president of Solutions at Blockstream, explained that low hashrate on the Bitcoin Cash network increases the risk of a double-spend attack on the blockchain.

Togami pointed out that Bitcoin Cash’s hashrate has gone lower than before. He showed a photo indicating that the altcoin’s hashrate is only 12 percent relative to Bitcoin’s (BTC).

One day later. I'm sure this had nothing to do with this tweet. Nope. pic.twitter.com/VEyuYEqPvW

He reminded his followers of the recent 51 percent attack on a Bitcoin Gold (BTG) exchange. He said that even 20 confirmations have failed to stop the BTG theft.

The warning came after Bitcoin Cash community conducted a stress test to display the altcoin’s capabilities and scalability.

The crypto earned praises for processing a huge amount of transactions and large blocks. However, many, including Togami, have raised questions regarding the altcoin’s hashrate and number counts. 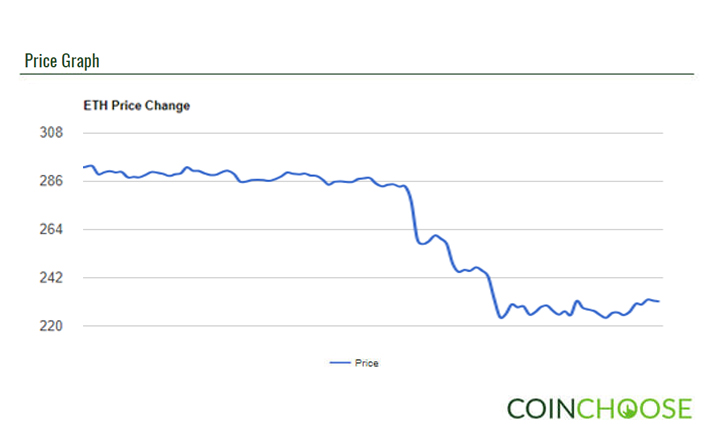 The second largest crypto after Bitcoin performed poorly in the past week. Ether (ETH), the native token of smart contracts platform Ethereum, lost almost 21 percent within September 3 to 7.

Ether opened Monday at US$295.18 after hovering at the US$280 level for more than 10 days. However, Ether experienced a price drop on September 5, as most cryptos did.

Ether’s market cap suffered from the drop as well. On September 5, the altcoin has more than US$28.85 billion worth in circulation. Hours later, however, that number shrank by around US$6 billion to only US$22.5 billion.

The altcoin currently trades at US$232.21 against the US dollar.

Meanwhile, many enthusiasts believe that many investors have run out of patience on the Ethereum network.

According to Kyle Samani of crypto hedge fund Multicoin Capital, many investors have developed crypto projects on the platform, hoping for a quick return of investment. However, even successful endeavors took a lot of time before being adopted by the community, if not at all.

“People started building apps and software, but the market got ahead of itself. They are realizing you have to be in it for the long haul, and some investors don’t have the patience.”