Crypto prices decreased in the first week of May 2018. Find out the factors behind the fluctuating prices and more in this crypto exchange roundup.

Crypto prices failed to stay in the bullish pattern this week, including the EOS (EOS) price which continuously increased for the whole month of April. The question now is: What caused the prices of the top 10 cryptocurrencies to fluctuate? Find out the factors that might have dictated the price movements of the top 10 digital currencies this week in this Crypto Exchange May WK1 roundup. 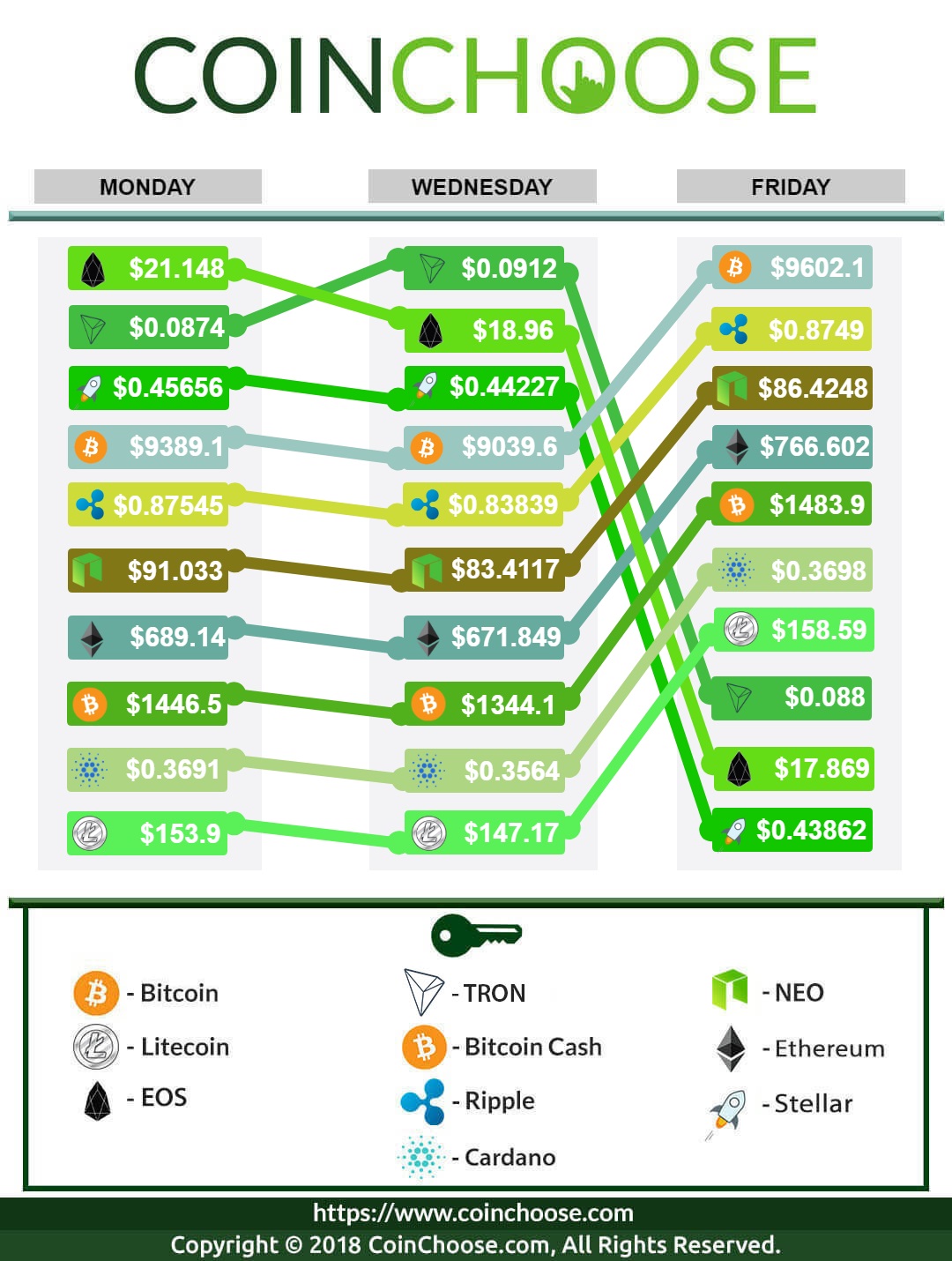 The EOS price increased in April because of better EOS performance and usability. The altcoin’s price, however, decreased this week because of the developments on the side of Tron (TRX).

As EOS users await the launch of EOSIO 3.0, which is supposed to create apps and give scalable transactions, Tron developers has announced the release of its Tron blockchain two days before the EOSIO 3.0 launch. This has prompted users to switch to Tron, thereby helpeing the altcoin’s price to increase. EOS holders, however, should not be alarmed because the EOS price can still increase with the hype surrounding it.

Bitcoin (BTC) also struggled to keep its momentum this week. The price did not have a stable increase as there have been investors such as PayPal CEO Bill Harris who claimed that Bitcoin is a scam. However, the coin’s price can move upward in the next days or weeks as Goldman Sachs, crypto investor and bank owner, set the first Bitcoin trading operation at a Wall Street bank. This trading operation will trade Bitcoin contracts and let users buy and sell bitcoins.

NEO (NEO), on the other hand—the coin with the biggest fluctuation this week–still has a chance to increase in price. One contributing factor could be the good impression of users toward Red Pulse (RPX), one of the NEP5 tokens on the NEO platform. Another reason is the NEO conference about Restart Energy last May 2. This conference showed how NEO’s smart economic ideas could help the world’s energy production and distribution.

As evident on crypto exchanges, the prices of the remaining top 10 cryptos experienced a price decrease because users expressed doubt in the capability of the digital currencies in general.