Even if Bitcoin failed to reach $20,000 in Crypto Exchange December WK3 2017, most of the altcoins experienced positive movement the whole week.

After surprising the crypto community with a $19,036.57 price on Monday, Bitcoin failed to continue trading above the $20,000 mark. Bitcoin supporters felt the adrenaline rush in Crypto Exchange December WK3 2017 as the cryptocurrency was poised to make another milestone. All these hopes, however, crashed as the Bitcoin price dipped to $15,625 on Friday morning. 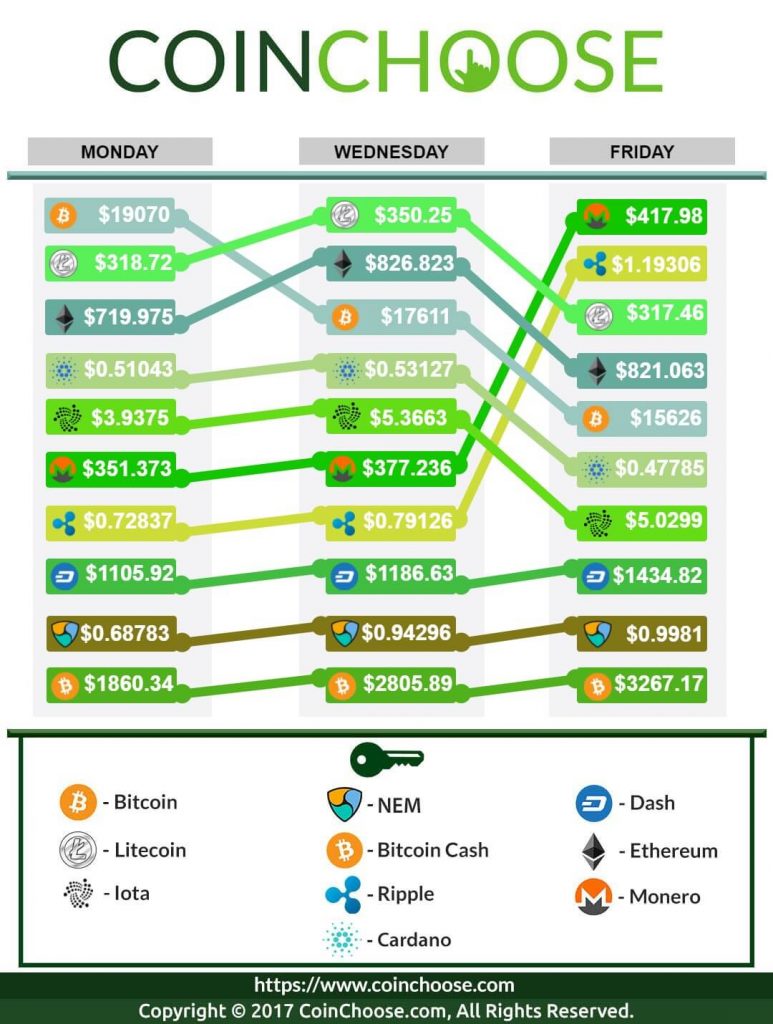 On the other hand, Cardano (ADA) returned this week and replaced Bitcoin Gold (BTG). Cardano made a grand entrance at $0.5104 on Monday and continued to move up until Wednesday. Compared to its $0.11 price in the first week of December, this week’s performance showed a good chance for the digital currency to expand next week.

The same story happened with Ethereum (ETH), Litecoin (LTC), and IOTA (IOT). Ethereum exchanges expected more increases since Ether’s huge jump from $719.97 to $826.82 in the first half of the week. But the crypto coin was not able to maintain its movement and dropped on Friday.

Meanwhile, Ripple (XRP), Dash (DASH), NEM (NEM), Bitcoin Cash (BCH), and Monero (XMR) registered a positive movement the whole week. Bitcoin Cash had the most improvement because it started with $1,860.34 and hit $3,267.17 by the end of the week. Also, Ripple is steady with its growth for it increased by 0.38 percent this week.