After last week’s progress, Bitcoin (BTC) continued to soar high in Crypto Exchange December WK 1 2017. The cryptocurrency entered Monday with $11,184.02 and gradually increased until it reached $16,859.65 by Friday morning. This growth is a great opportunity for those into Bitcoin mining to earn more. 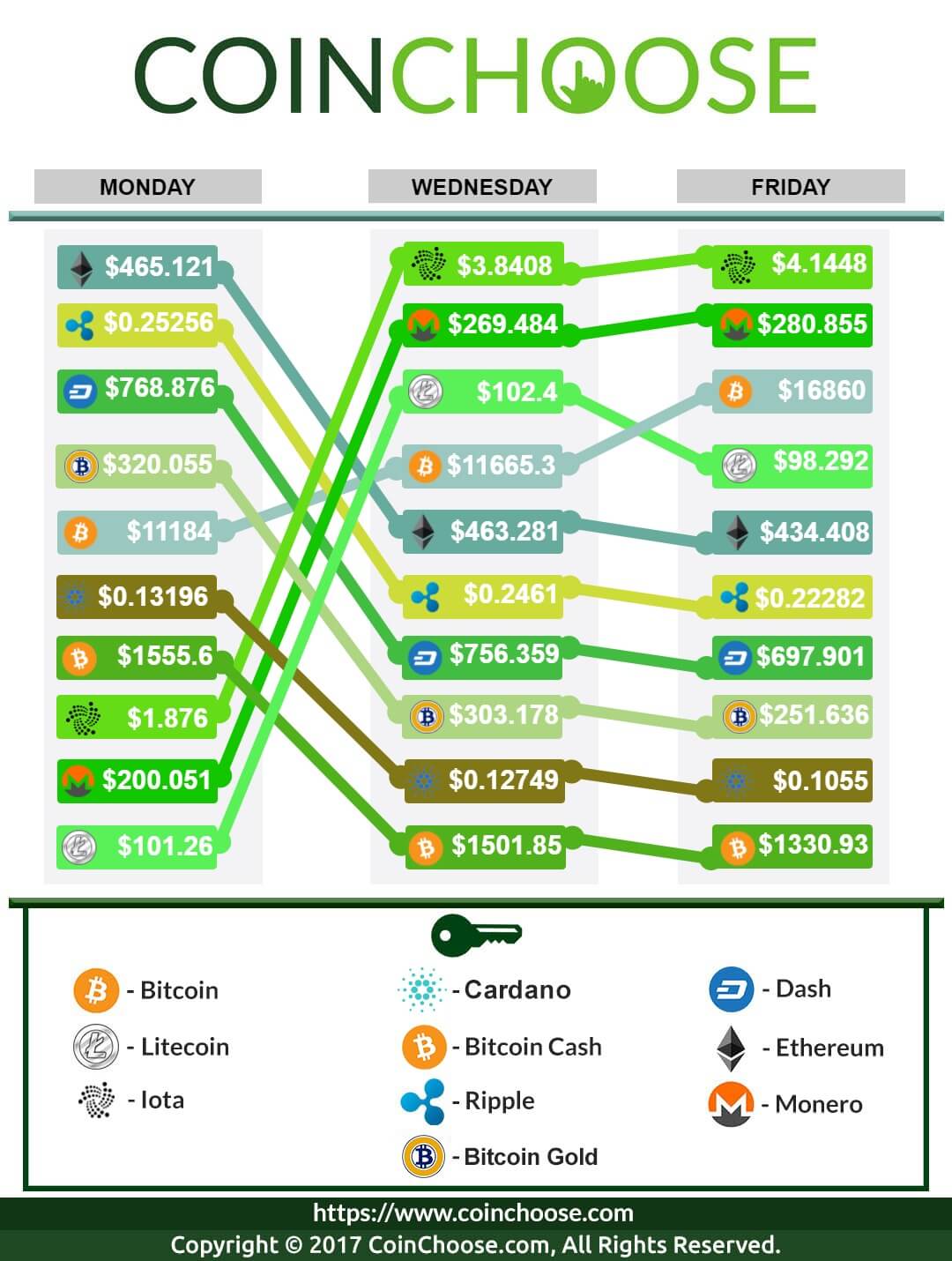 A newcomer, Cardano (ADA) entered the top 10 list for the first time, pushing NEO (NEO) out of the list for this week. However, the price of this altcoin is consistent with decreases. The same fate happened to Bitcoin Gold (BTG), Bitcoin Cash (BCH), Ripple (XRP), and Dash (DASH) as they started Friday in the red.

Ethereum (ETH) opened the week with $465.12 but dropped 0.002 percent on Wednesday and further by 0.06 percent on Friday. On the other hand, Litecoin (LTC) excelled from Monday to Wednesday, but its good remarks were not steady come Friday. Just like most altcoins, the Litecoin price dropped on Friday.

Meanwhile, as Monero (XMR) and IOTA (IOT performed well the whole week. Just like Bitcoin, which tremendously rose from $11,665 to $16,859, IOTA received a 1.04 percent rise from Monday to Wednesday. The altcoin then continued to increase by Friday, positioning itself as one of the cryptocurrencies users should keep an eye out for.