Bitcoin Cash and other cryptos felt a slight reprieve in prices during August 27 to 31, 2018. Know more in this Crypto Exchange August WK5 2018 Roundup. 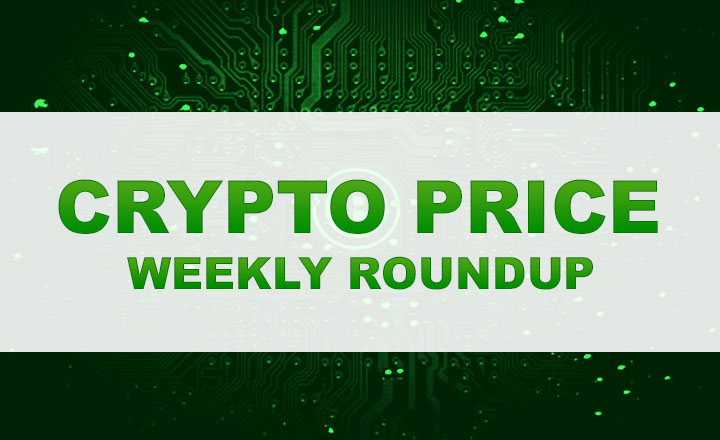 Cryptocurrencies felt a slight reprieve in prices during August 27 to 31, 2018, as all of the top 10 digital currencies posted a net gain. However, some coins managed to get a higher percentage increase than other cryptos. Learn more about the market this week in Crypto Exchange August WK5 2018. 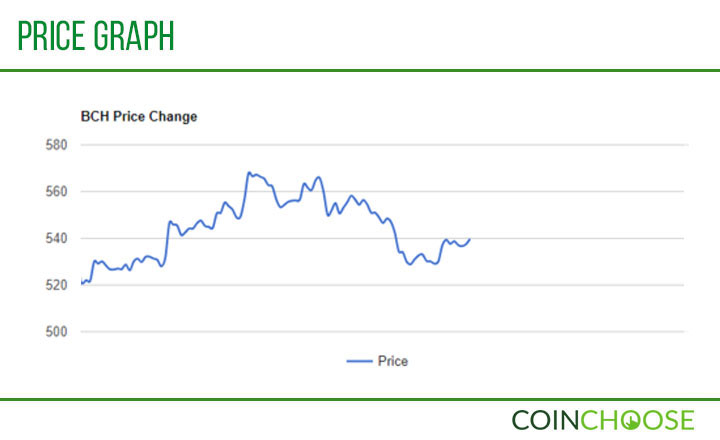 The Bitcoin Cash (BCH) community remained divided regarding what path the altcoin should take.

A faction led by blockchain development firm nChain, BCH mining pool CoinGeek, and avid BCH supporter Craig Wright has pushed for the return of Bitcoin Cash to what it called as the original vision of Bitcoin creator Satoshi Nakamoto. Through nChain’s new full node, Bitcoin SV, the group aims to “bring [Bitcoin Cash] significantly closer to the original Bitcoin protocol.”

On the other hand, another group expressed their support for the current leading full node on the network. Bitcoin ABC, the most used client on the Bitcoin Cash network, has released its newest version, with tweaks that include consensus-related codes.

Months before the scheduled November hard fork, however, most investors are still worried that the division in ideas could split the Bitcoin Cash network into two. Analysts say that the two nodes would be incompatible operating with each other.

“You run ABC in November, you are incompatible and you learn how [Bitcoin] was designed from the whitepaper. Basically, you go bankrupt. Bitcoin is competition. We have no problem orphaning your node, we earn more.”

Bitcoin Cash remains as the fourth largest crypto with a market capitalization of US$9.3 billion. The altcoin failed to capitalize on the slight market recovery and only continued to trade sideways. Bitcoin Cash started the week at US$523.02 and recorded on Friday a price of US$539.29 for a percentage net increase of 3.1 percent. 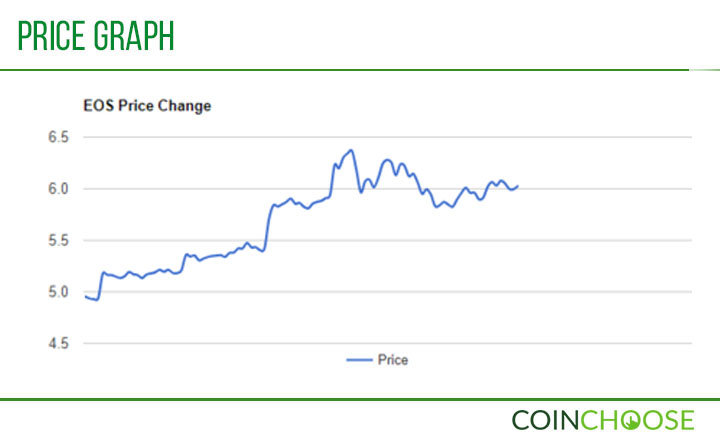 The price of EOS (EOS) saw a huge net increase for the whole week as important players on the network has moved to develop the much-awaited referendum. The EOS’ provisional constitution mandates that any significant changes should be decided through the aforementioned voting process.

The planned voting would decide the fate of a fund meant for EOS development. The account called eosio.saving currently holds over US$35 million worth of EOS tokens in funds, and that number is continuously growing. While there is already a fund in place, there is no method built yet to decide how the fund will be used.

“There was no referendum system built in at launch, so it’s up to us as a community to come together and build that. We’ve got this worker proposal fund collecting a million dollars a day that we can’t do anything with, we’ve got an interim constitution that people are eager to make changes to, so we want to get something to market as soon as possible.”

EOS currently stands as the fifth largest crypto on the market, with over US$5.4 billion-worth of tokens in circulation. In early August 27, EOS’ five-day moving average (MA) crossed over the 50-day moving average and signaled an increase in value. The price went up from around US$4.237 to as high as US$6.5 two days later.

However, the price has slowly gone down since then. EOS is trading at US$5.97 against the US dollar on Friday. For the previous five days, the altcoin posted a percentage growth of 20 percent. 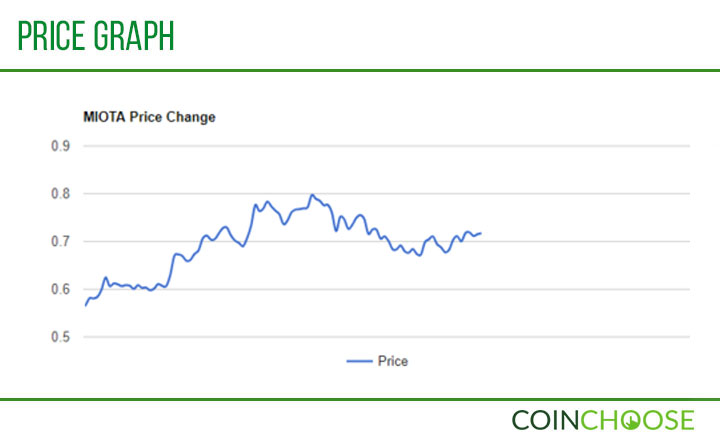 Earlier this week, Japanese technology equipment company Fujitsu announced its collaboration with IOTA (MIOTA). According to an online flyer, the IOTA network will serve as Fujitsu’s immutable data storage.

The proof of concept proposes an identification system for Fujitsu’s products. Masked Authenticated Messaging (MAM) streams would monitor the production process and then would record it to IOTA’s Tangle.

Tangle is a digital ledger technology built on a directed acyclic graph (DAG). Different from a linear blockchain, the DAG allows several transactions to run consecutively on different chains on a network.

Consequently, authorities and employees can check the status of the products by accessing Tangle through their smartphones.

According to Fujitsu, the project would provide transparency to the processes undergone by the products given the public nature of Tangle. Moreover, data stored on the network would be virtually resistant from hacks as the records on Tangle are distributed across full nodes hosted by Fujitsu.

“Fujitsu is well-equipped to help roll out IOTA as well as the new protocol standard as we are experts in both IT services and the manufacturing of IT products.”

The line passing through both August 28 and 30’s lowest points and another line at August 29’s highest and August 30’s midnight price indicate that the contracting IOTA movement could be following a falling wedge pattern. The bullish pattern suggests that the altcoin’s prices could experience a huge boost around two or three days later.