Crypto Exchange May WK4 2017 took off from a successful run last week, but this became rather short-lived for some cryptocurrencies. Despite this, Bitcoin (BTC) is on a roll after breaking the $2,000 mark for the first time and continues to make records in the Bitcoin exchange. But Bitcoin is not the biggest gainer in the crypto exchange for this week. 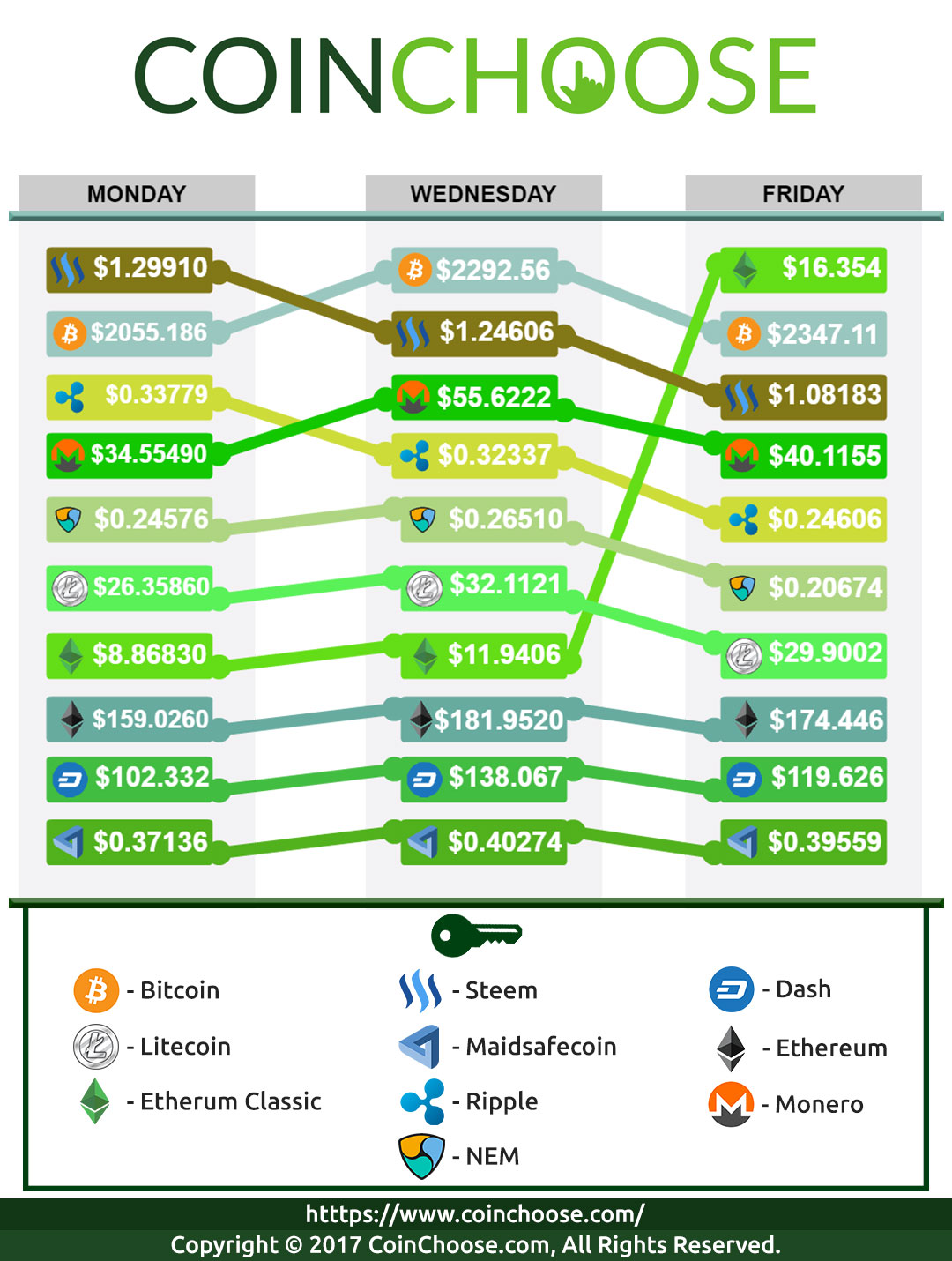 While Ethereum (ETH) made a huge jump from last week’s Friday morning’s price of $96.84 to $159.02 in Monday morning of Crypto Exchange May WK4 2017, it is Ethereum Classic (ETC) that proved to be the strongest. It was recorded at $6.70 last Friday and it opened the week at $8.86. The steep growth extended until Friday morning, where a 37-percent increase from $11.94 to $16.35 sealed the deal for Ethereum Classic. This digital coin jumped by 184 percent since Monday morning and is evident in the Ethereum exchange.

Meanwhile, Monero (XMR), Litecoin (LTC), and Dash (DASH) registered an impressive run from Monday to Wednesday morning in Crypto Exchange May WK4 2017. Monero had a 61-percent-jump in the first half of the week but eventually dropped by 28-percent by Friday. The same case happened to Dash, which rose by 35 percent then dropped 13 percent.

Litecoin, on the other hand, grew by 22 percent after recovering from a price decrease from last week Friday’s price. It reached the $30 mark by Wednesday, which was the price two weeks ago. But it failed to sustain the momentum and dropped to $29.9 come Friday morning.

Crypto Exchange May WK4 2017 also marks Ripple (XRP) as the biggest loser. After reaching $0.36 last Friday, it now settled at $0.24 in Friday morning.